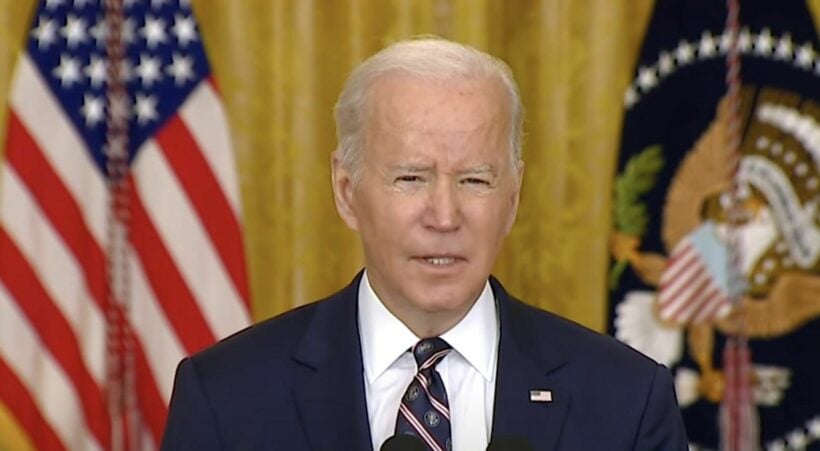 While giving a speech in Warsaw, United States president Joe Biden slammed Russia’s president Putin as a ‘butcher’, stressing that he “cannot remain in power”. Biden added that he was not sure whether Russia had changed its objectives, which he said so far have led to “strategic failure”.

Russia’s invasion of the Ukraine has so far killed thousands of Ukrainians, and almost 3.8 million Ukrainians have fled the country as refugees, according to the UN. More than half of Ukraine’s children have been forced to leave their homes. Many Ukrainian refugee children left without parents are vulnerable to trafficking.

PBS
3 hours ago, BigHewer said: Where did I mention unsupported allegations PBS? You’re taking a positive and turning it into a negative. So there’s no point listening to opinions one doesn’t agree with? Right. Jolly good. As you were.…

23RD
Joe ( the big guy) Biden needs to recuse himself from any dealings in The Russian/Ukrainian conflict as he is far to compromised by both Governments as recent revelations in the MSM now verified. He needs to task his VP…

BigHewer
2 hours ago, PBS said: With reference to your post, 194291, within this topic, out of interest what are the alternative allegations you "listen too" that are supported by credible links? Yes, IMO there is no point in giving time…
PBS
40 minutes ago, BigHewer said: Don’t put words in my mouth PBS. I only mentioned opinions, not “alternative allegations” contingent on “credible links”. Diverse opinions? Sure, I’m all ears. Everyone should be. Apologies - no intent to 'put words in…

BigHewer
4 hours ago, PBS said: Apologies - no intent to 'put words in your mouth". Plenty of instances of opinion being presented as allegation / fact. We differ, as I previously mentioned not interested in other's opinions of Russia's illegal…