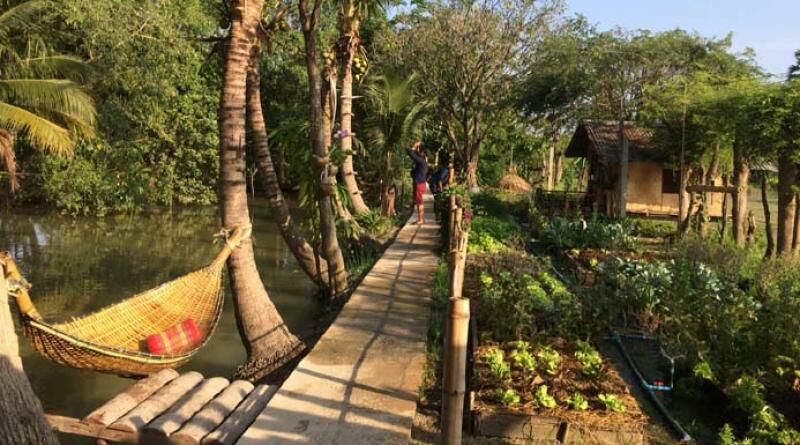 UNESCO named Petchaburi a Creative City of Gastronomy in November last year, as part of its creative cities network. Now, the city continues to draw income from food tourism and locally produced ingredients. The Petchaburi provincial governor said ingredients local artisans use in their food are entirely produced in the province.

“That means all the production capital used to create food, including labour and skills, also generates income for Phetchaburi”.

He said the annual income of the local population is expected to increase by 50% in 2027. Several local chefs are gaining recognition, but the dish that originally put Petchaburi on UNESCO’s map is toddy palm curry, in Thai known as Gaeng Kua Hua Tan. A local woman who makes it uses a traditional recipe with fresh galangal, finger roots, lemongrass and red chillies mixed with coconut milk. The woman, Pa, is 74 years old, and still makes the dish regularly for her community’s tourism programme.

Another renowned Petchaburi dish is Khao Chae, a Thai summer dish made with rice soaked in cool jasmine-infused water. Like the ingredients for toddy curry, the ingredients for Khao Chae are locally grown. Petchaburi’s fertile soil is good for its rice fields, gardens and orchards. One farmer told Channel News Asia that his children and grandchildren were encouraged to come home to Petchaburi because of how well his palm sugar business was doing.

“…realise that what we have at home and the local wisdom that has been passed on for generations can bring happiness”.

Other Thai cities on UNESCO’s creative cities list are Bangkok, Phuket, Chiang Mai and Sukhothai, which are recognised for their design, gastronomic excellence, and crafts and folk arts. UNESCO reviews cities every five years, pressuring Petchaburi officials to develop the city within that time if they wish for Petchaburi to remain on the list.

Phuket Monopoly launched, not that you’ll recognise many of the squares