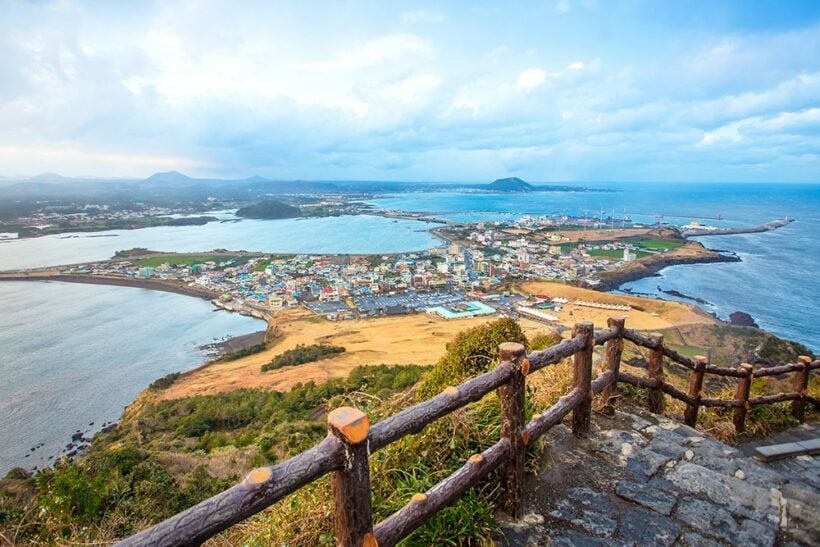 Jejudo, known in English as Jeju Island is the largest island off the coast of the Korean Peninsula, and the main island of Jeju Province of South Korea. The island lies in the Korea Strait, south of South Jeolla Province. The island contains the natural World Heritage Site Jeju Volcanic Island and Lava Tubes. Jejudo has a moderate climate; even in winter, the temperature rarely falls below 0 °C.

OK, that’s the Wikipedia stuff, now down to the good stuff.

Getting There And Getting Around:
You arrive at Jeju’s only airport, which is modern, clean and easy to navigate. Right outside the main exit you’ll find some of the cheapest taxis in the developed world. A 60-minute, 50km cab ride in a clean, modern car cost me less than £20. And Korean taxi drivers don’t even expect to be tipped!

I’d recommend the bus service. There are two main terminals from which services radiate – one at Jeju City, the other in the south at Seogwipo. English language information is provided at the bus station and when you’re on board an LED screen announces the next stop in English. There’s digital information at bus stops too, telling you the time until the next bus. On board, you just press a button on the wall to tell the driver that you want to get off.

Few people speak English outside the major hotels, but you can call a translator during the day if your phone works in Korea. But your phone may not work there. Instead use Google translate if you can get online (free Wi-Fi is widely available). Enter the English word and, as if by magic, your text is instantly offered in Korean script. There’s no Wi-Fi on buses so think of any questions you’d like to ask about directions, timing or destinations beforehand and take a picture of the Korean script on your computer screen. You can show that to the driver or a nearby passenger.

Koreans are very friendly and genuinely interested in why you are visiting their country. You might not be able to fully converse, but on my trip friendly locals pointed out sights en route by pointing and exclaiming single words like “mountain” or “temple.”

Where To Stay:
I stayed in three places around the coast – in the northern, eastern and southern sides of the island. If you visualize an oval clock, you’ll fly into Jeju City in the north at your 12 o’clock position. At 3pm is Seongsan-eup, home to the big draw of Sunrise Peak. And 55km along at 7 o’clock and in the southwest is the seaside town of Seogwipo. 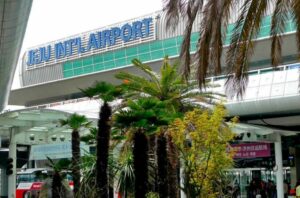 The Great Desitnations Radio Show is on The Thaiger 102.75 FM every Saturday and Sunday morning from 9am.