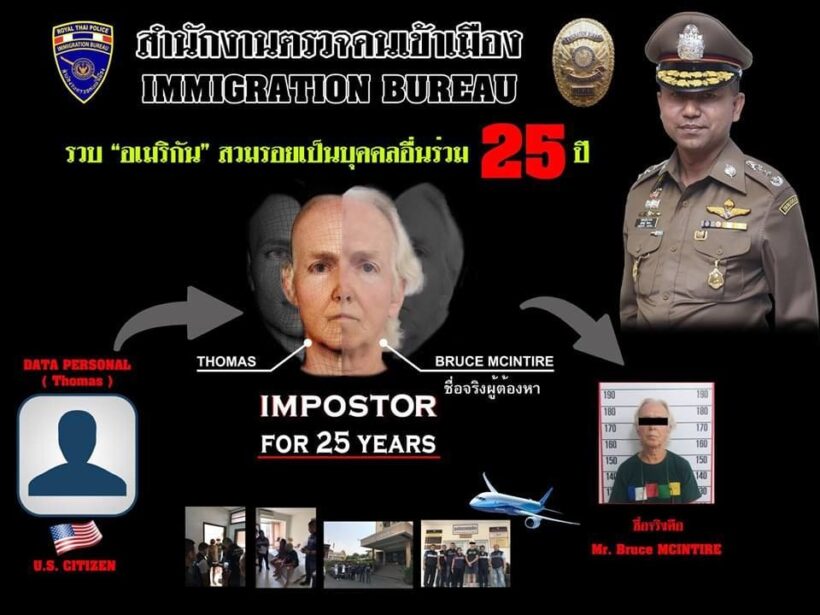 A 67 year old American man, wanted as a drug suspect, has been arrested in Chiang Mai this week. He had been living under the identity of another person with whom he shared a similar face, for more than 25 years.

The Thai Immigration Bureau reports that they have arrested a 67 year old American man Bruce McIntire. He is a drug suspect who has been on the run for 25 years and using the identity of another man. He has been living in Thailand for six years.

Officers were notified by the American Embassy that a man named ‘Mr Thomas’ who shared similar facial features with Mcintire, submitted an application for a new passport. Officers found that his name already existed in another passport.

Mcintire has now admitted that he used fake documents to get a dodgy passport through a Nigerian passport forgery gang. He then used his fake passport in the name of ‘Mr Thomas’ to apply for a passport renewal. 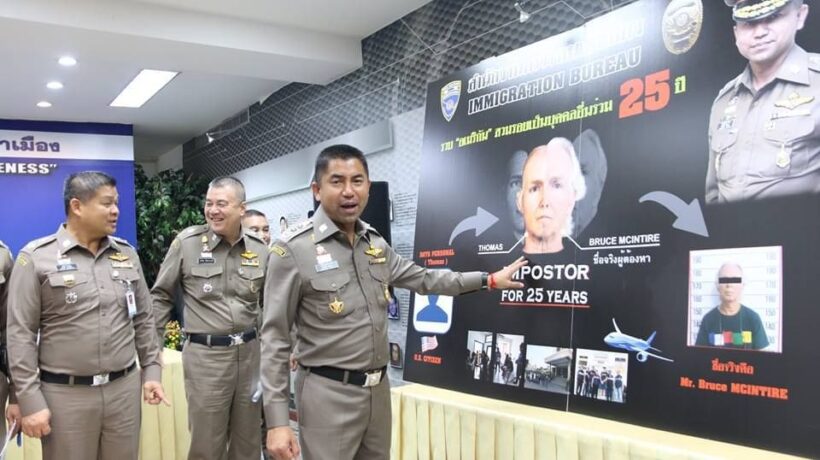 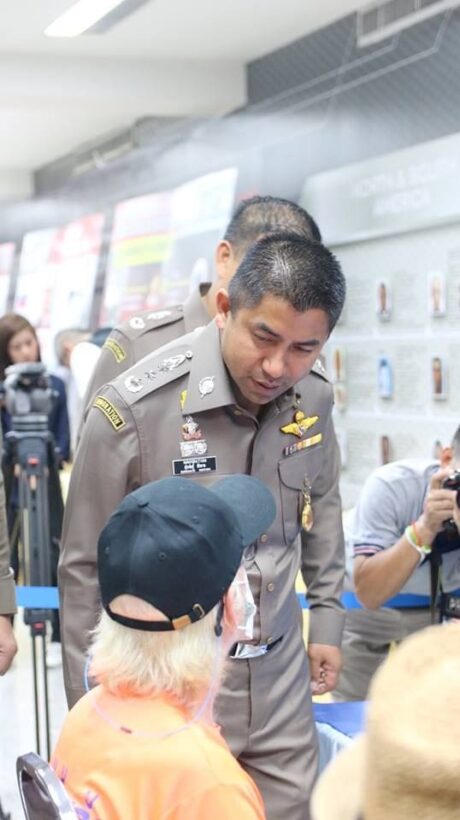