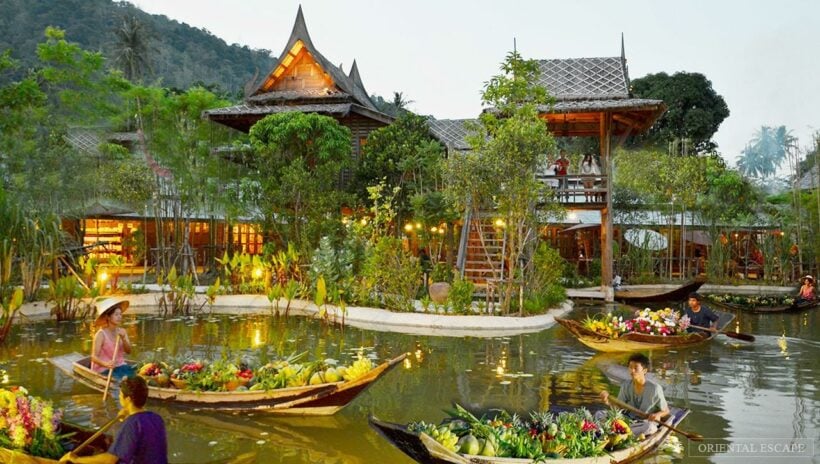 The island has a number of world class attractions that have relied on big investment and a hope that the crowds keep flocking to Phuket. For Siam Niramit, the massive investment is paying off with floods of tourists heading to the attraction off the By Pass Road in Samkong seven days a week.

For those who haven’t attended Siam Niramit you WILL be surprised and amazed. It’s a theme park, a mega-international buffet and stage show, all rolled into four hours of daily entertainment.

You need to arrive at Siam Niramit soon after 6pm to have the time to share the full experience. There’s plenty to see and do.

A quick warning: If you are not comfortable with seeing elephants used for the entertainment of tourists then you might want to come with the knowledge that elephants are used in activities on the site. Having said that, the elephants appear genuinely happy to participate and were extremely well cared for. 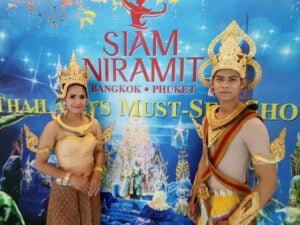 You can break the night up into three distinct sections – the pre-show activities around the park, the international buffet and the show.

The Thai village and carnival area are really popular with the kids and give an insight into Thai village life, around the Kingdom, in the past. There is a muay thai demonstration, water-show and the Grand Parade taking us back to the era where elephants and humans went to battle together in the defence of Thailand.

The international buffet caters for all tastes, for just about any nation. On the night we visited there were mainly Chinese and Russian tourists with plenty of locals visiting from other regions as well. Like most buffets you wonder what the quality of the food will be like. No complaints from us – the food was superb and we tried a bit of everything. The service at the tables was excellent considering they had to serve several thousand people at the same time. 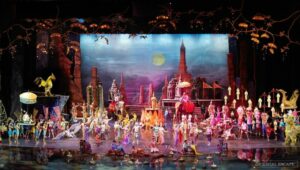 And then onto the show. In one word, it’s spectacular. 90 minutes of one surprise after another. The show follows the theme of taking us on a journey around the Kingdom focussing on the different cultural experiences and influences that shaped Thailand as we know it today. The second half of the show takes us into the deeper psyche of Thai culture and some of the mystical and spiritual influences on Thai life. I won’t ruin the surprises – there are many – but the kids, and the older kids, will love the show. It’s an extraordinary effort of an enormous cast, quite a lot of local fauna and the colourful imagination of the creators.

Siam Niramit is open seven days a week, right throughout the year. For locals who haven’t seen the show, you absolutely should. We should be very proud of such a high-standard, award-winning show right here on the island. Definitely take your overseas guests when they come to visit you! 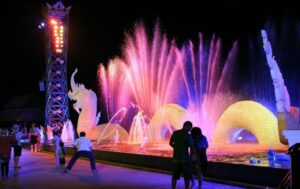 Tickets will cost between 1,500 baht for the show-only and 2,250 baht for a Platinum package, buffet and the best seat in the house for the show.

Finally, it was raining on the night we visited. Actually, it was pouring. The theme park has a well-structured Plan B to swing into when the need arises. So you can still enjoy most of the pre-show activities undercover.

Any night of the week, you certainly won’t be disappointed. Check HERE for more details.

Staff from The Thaiger were guests of Siam Niramit, Phuket.