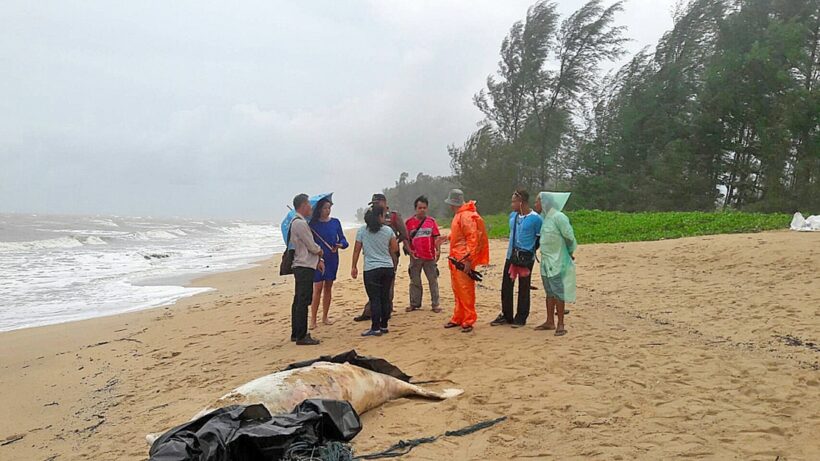 The carcass of a large dugong, estimated to have been 15-20 years old at the time of its death, has been swept onto Koh Khor Khao Beach in Phang Nga’s Takua Pa today (Sunday).

Phang Nga province last year reported 10 live dugongs in its seas. A fertile zone of the dugong’s favourite food, seagrass, is located three kilometres west of the beach from where the rare sea mammal was found.

The three metre long and decomposed carcass had several wounds along its body. Police and the Tambon Koh Khor Khao Beach Administrative Organisation went to investigate the carcass, along with a kamnan and village headman from the local village.

They suspect that the dugong died at sea and was swept into shore by recent strong waves. The tambon administrators then alerted the Andaman Marine and Coastal Resources Research and Development in Phuket to collect the dugong’s DNA and investigate its cause of death.