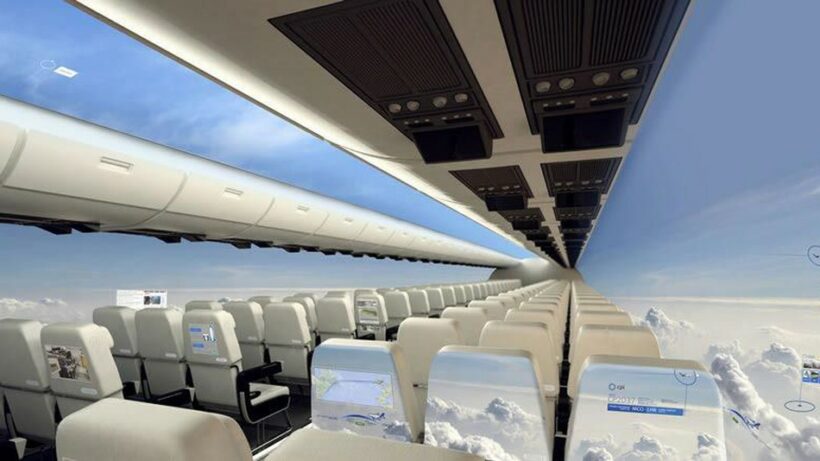 Instead of real-life views of the sky and passing world below, passengers will look at “virtual windows,” enjoying projected views of the outside world.

The traditional glass windows will be replaced by screens to mimic the apertures to the outside world with camera-sourced images or real or pre-recorded imagery. The outside day-night mix could be co-ordinated with the timing in your destination, helping to reduce the impact of jet-lag. You could actually project anything you wanted onto the virtual window spaces. 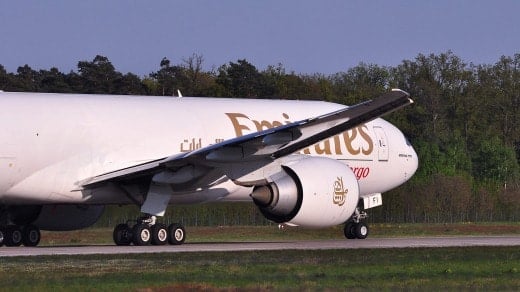 But CNN Travel says not everyone is convinced by the idea of windowless aircraft.

“Some futuristic concepts show windowless aircraft and, while there may be some structural benefits from getting rid of the windows, there is also another line of thought that says the opposite: having some point of communication with the outside improves the passenger experience,” Victor Carlioz, co-founder of California-based design studio ACLA Studio.

“Windowless airplanes would be great in an ideal world from an engineering standpoint – however, in reality, it won’t happen for a number of reasons.

“For starters, in the event of an emergency, cabin crew often need to look out for reference points to coordinate evacuations. Having visual as well as spatial awareness is vital and in a windowless jet, they don’t exist – especially if there is an electrical fault which then means that the “electric” windows do not work and you can’t see outside.”

Other futuristic aircraft designs are heading in the opposite direction and embracing larger windows.

Boeing’s Dreamliner – its most modern clean sheet design – features larger windows than most of the current aircraft we’re flying today. Airbus has also designed a cabin with transparent walls, presented at the 2011 Paris Air Show.

Brazil’s Embraer aircraft is devising the Kyoto cabin, designed for its Lineage 1000E aircraft, which features large panoramic windows running along the majority of the lateral walls of the cabin.

Then there’s the prospect of the pilotless plane. Just like the driverless cars which are becoming a reality on roads around the world, our future flights might be piloted by sophisticated computers, with a remote ‘pilot’ on standby to step in if the needs arise.

Aircraft design has changed little since the first of Boeing’s 707 jets took off in the late 1950s. Despite many changes in materials and improvements in sophistication of flying systems and safety, our passenger planes still have rows of windows running down either side of the plane and two warm humans sitting up front controlling the systems in the plane and making all the important decisions.

Are we ready for the next phase of aircraft design and operation?

What can i give? Laguna Phuket Marathon