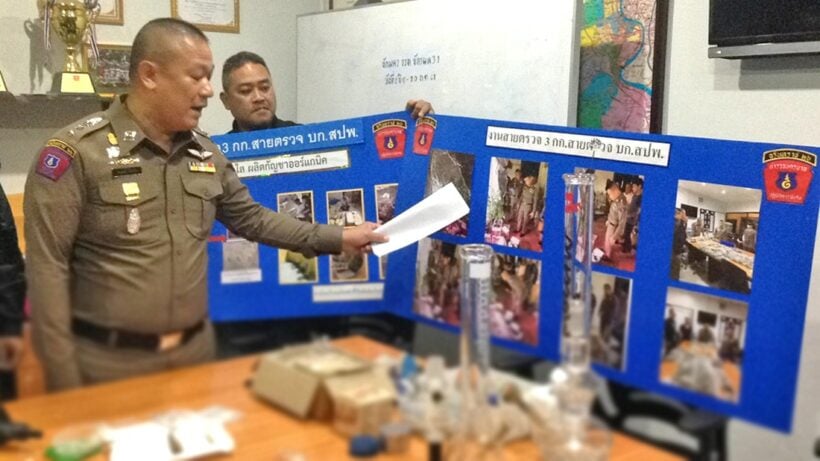 He also announced the arrest of three suspects.

Police are vowing to trace and take legal action against over 3,900 members of a closed Facebook group that encourages members to grow so-called “organic marijuana”.

Panumart said the case began when officers learned that home-grown marijuana, which sellers called “organic marijuana”, was being distributed in Bangkok, especially in the area under the jurisdiction of the Chokechai police station.

Police traced a buyer and arrested Nattapong at his house in Pathum Thani’s Thanya Buri district, after which police learned that he sold the drug through a Facebook group called “Let’s Grow Marijuana Version 2”. Police checked the Facebook group and traced and arrested two more sellers, Panuwat and Resnarin.

The suspects said they ordered marijuana seeds from England at the price of 500 – 600 baht per seed and grew them for more seeds and to sell plants, dried marijuana and hashish.

Police have now acquired the names of the 3,900 group members and will investigate whether they have bought marijuana plants to grow at home, added Pol Colonel Somboon Thiankhao, an officer at the division.