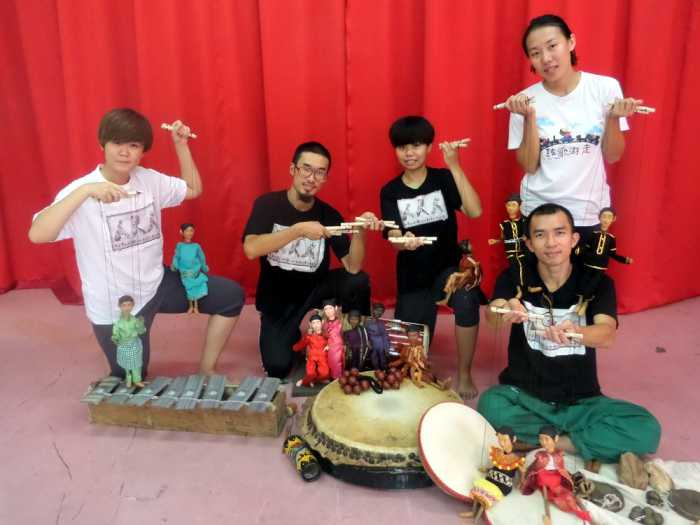 PHUKET: The streets of Phuket will be taken over by puppets on November 16, giving island residents the chance to experience the magical world of puppeteers.

Following the Harmony World Puppet Carnival 2014, held in Bangkok from November 1-10, which featured 160 troupes of puppeteers from 80 countries around the world, Phuket will be granted a glimpse of the spectacular performances.

“After the event in Bangkok, there will be three troupes visiting Phuket. They are interested in the ‘Ka-lae’, a Thai string puppet with far-reaching historic details which have been passed down. That is the reason why the artists would like to come here,” says Rat Puanrak, founder of the Phuket Marionette.

The group of international artists and puppeteers from Peru, New Zealand and Malaysia will be performing their acts from 5-10pm at the Lard Yai walking street in Phuket Town.

“Most of the performances will be on the street and easy to enjoy and understand. There will also be Thai puppeteers, enacting the well-known performance of the ‘Bhuket string puppet’,” explained Mr Rat.

“I want our children in Phuket to experience the art of puppetry, not only as it is performed in our country, but also to broaden their minds by seeing performances by international artists too. This is the first time that world-class puppeteers have come to perform in Phuket.”

The history of puppet shows in Thailand dates back over 300 years. Historical accounts describe shows being performed during royal ceremonies with a variety of puppets.

The streets of Phuket will be taken over by puppets on November 16 when island resident’s will get to experience the magical world of puppeteers. Video: PGTV

Video Report: Phuket foodies are in for a treat at JW Marriott Gourmet Weekend