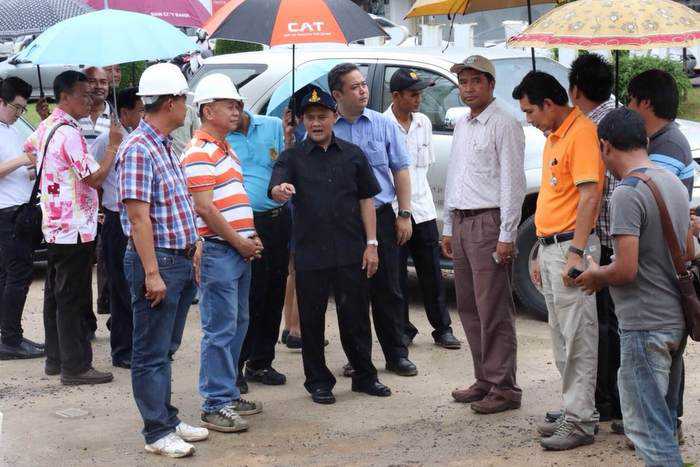 PHUKET: Governor Nisit Jansomwong has ordered construction of the island’s first two underpasses to be halted during the Asian Beach Games, which begin on Thursday (story here), so that all lanes can be open for traffic.

“I have asked that all construction on both underpasses [including at the Samkong Intersection near the Tesco shopping center on the bypass road] be put on hold and that workers clean up the road surfaces as much as possible.”

Governor Nisit is especially concerned about road safety during the Games, and will boost safety measures during that time.

“Concrete barriers will be removed from the road to make more room for motorists during the 10 days of the games. Lights will be installed in order to prevent accidents and so that drivers can see the direction of traffic flow,” he said.

“I hope that traffic will flow better and that this will make a good image for Phuket.”

While the island hosted the Phuket Games in 2012, one rowing athlete, Sutthipong Laphutama, 18, from Bangkok, died in a tragic motorbike accident in Rawai (story here).