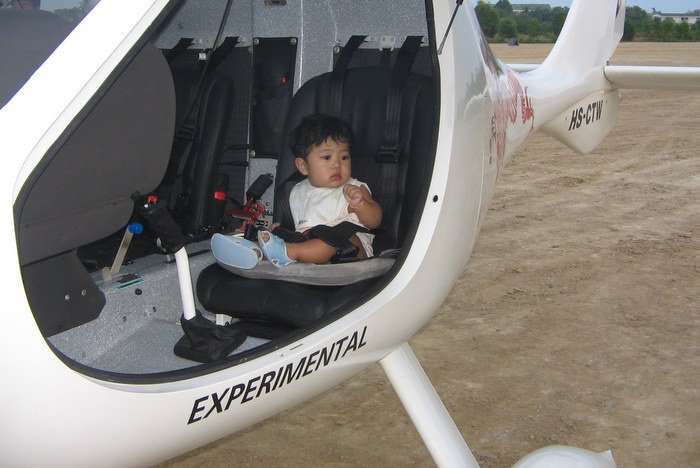 PHUKET: There has been little reported progress in the ongoing restructuring of Thailand’s Department of Civil Aviation (DCA), and the slow-moving bureaucratic revamp is taking its toll across the entire Thai aviation industry.

At the top of the aviation food chain, some Thai-registered commercial carriers have been forced to scrap requests for new routes.

A number of important tourist source countries in the region have taken very seriously the negative results of an audit earlier this year by the United Nations’ International Civil Aviation Organization (ICAO), banning any new flights from Thai-flagged carriers in their airspace until regulatory improvement is shown.

The next hurdle the Thai commercial aviation industry will have to clear is a planned inspection by the United States’ Federal Aviation Administration (FAA), scheduled for July 13. Experts fear this could lead to yet another major setback to industry operations, if it goes poorly.

US charge d’affaires W Patrick Murphy, the top US diplomat in the Kingdom since former US Ambassador Kristie Kennie left Bangkok in November last year, has reportedly offered to “act as a mediator” in the upcoming talks.

Unnamed sources in the DCA have been quoted as saying that the agency has already addressed 31 of 33 safety concerns listed by the ICAO after the results of its audit and subsequent safety alert.

More positive news came at the end of last month, when the Japanese government agreed to extend its reprieve on six Thai carriers with services to that country. The airlines were three scheduled carriers: Thai Airways International (THAI), Jet Asia and Thai Air AsiaX; along with charter carriers NokScoot, Asian Air and Asia Atlantic Airlines.

Under the present circumstances, few people in the ‘general aviation’ community wished to be directly quoted about issues related to the effect of the DCA overhaul.

General aviation is a term applied to recreational aviation pursuits, which include private ownership and use of light and ultralight aircraft, gyrocopters, paramotoring, skydiving and, at least technically under current DCA guidelines, or any form of recreational including flight – including even the use remotely-controlled aircraft.

However, several reliable sources in the Thai general aviation community provided Up In The Air with some interesting, off-the-record insights on issues related to recreational flying in the Kingdom.

Among the key issues is what organizational role, if any, the Royal Aeronautic Sports Association of Thailand (RASAT) would play in the future of these activities.

Most general aviation businesses and activities were licensed under RASAT, a flying club organization set up with foundation status more than 20 years ago by Thai aviation enthusiasts.

“But since the current storm started with the DCA, the government has decided to ‘go by the book’. Back in the day, RASAT was basically an agreement among friends. Nothing was ever really official and there was very little direct government involvement in general aviation activities,” one source said.

The organization is now lobbying the government for the right to continue its activities with a more official role under a revamped DCA, but the association’s future role is far from clear, the source said.

In the meantime, recreational flying activities are in a proverbial holding pattern.

“The DCA has basically put everything on hold. They are not giving out any new pilot licences or aircraft registrations for general aviation activities. Everything is technically on hold,” the source said.

The military-run board overseeing the restructuring of the DCA and other regulatory changes affecting general aviation has stated that new regulations applying to general aviation would not be ready until October – at the earliest.

“Basically, we are hoping for the best, that everything goes as they have announced. If that is the case, then by October everything should be okay, unless there are surprises – such as if Thailand decides it does not want to allow foreigners to be involved in any form of aviation,” said the source.

Another source said he agreed with the need for changes in the general aviation industry, especially for safety reasons.

“On one hand, the government has a good point in saying that ‘everybody in general aviation is doing whatever they want’ and ‘we do not have control’. This is correct. We simply can’t have people flying around in unidentifiable or unsafe aircraft,” he said.

To highlight this issue, the source added that the lack of safety regulations, especially the influence of inexperienced and unlicenced flight instructors, has been a cause of needless accidental injuries and deaths.

He likened the situation in general aviation to the pre-coup proliferation of umbrellas and sun loungers on Phuket beaches, before the new government came in and put an end to it.

“They just overdo it and go crazy, and then the government decides they have to do something about. Now it is the same for aviation. Nobody knows what is going on. Nobody is allowed to do anything, at least officially,” he said.

However, another local industry insider pointed out one silver lining for general aviation in Phuket.

“At least it is taking place during the low season, when monsoon conditions prevail and demand is lower due to the reduced number of tourists. The best we can hope for is that all this gets sorted out by October so that we can be back in business by the time the next high season for tourism arrives. We still believe there is a great deal of long-term potential for growth in the local general aviation industry,” he said.