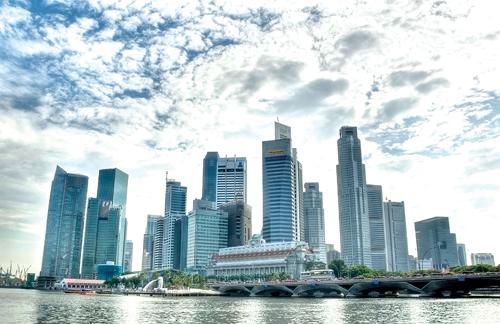 A speech by the Prime Minister, a colorful procession presenting the island’s multicultural character and naturally, fireworks, are all planned for this special day.

Before Singapore got its current name, it was known as “Pu-luo-chung or “the island at the end of a peninsula” – at least that’s what early Chinese historical records suggest. Another name it went by was “Temasek – Sea Town. It wasn’t until 17th century and the crash landing of the Prince of Palembang on the shores of the island that the name was changed to “Sing Pura – the Lion city.

Three centuries later in 1963, Singapore merged with the Union of Malaya, Sarawak and North Borneo to form Malaysia. Not for long, less than two years later on August 9, 1965, Singapore left Malaysia to become an independent nation. On December 22 that year, Singapore became a republic.

Singapore is a country of rich and diverse culture with heavy Chinese, Malaysian, Indian and European influences. Its population of 5 million are mostly Buddhists, followed by Muslims, Christians and Hindus. Racial and religious harmony is regarded by the government as a crucial part of Singapore’s success and played a major part in building a Singaporean identity.

The national flower of Singapore is the Vanda Miss Joaquim. Many national symbols such as the National Coat of Arms and the Lion Head symbol make use of the lion. Public holidays in Singapore cover major Chinese, Western, Malay and Indian festivals.

There are four official languages in the country – Chinese, Tamil, Malay and English. While majority of Singaporeans speak more than one language, the most common used language is English with Malay and Chinese influences known as Singlish . The country’s efficient education system turned it into Southeast Asia’s education hub with many foreign students coming to study in Singapore.

Singaporean cuisine is indicative of the ethnic diversity of its culture and is a product of centuries of cultural interaction owing to Singapore’s strategic location.

Also worth noting, Singapore was the first nation to achieve Independence involuntarily, when on this day in 1965, the island city-state was ejected from Malaysia, nearly two years after joining Malaya.