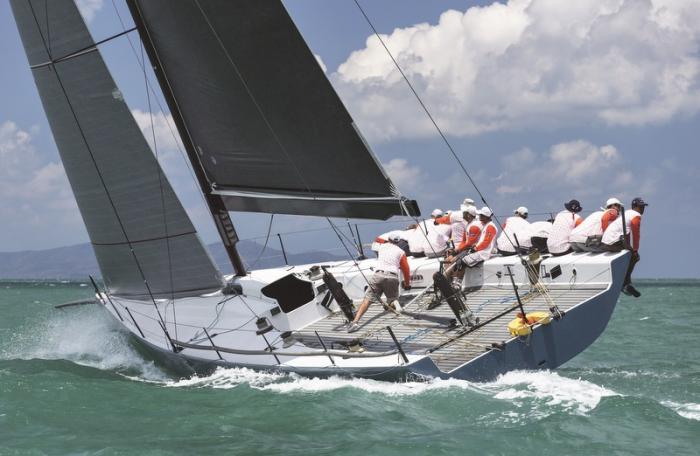 It is a place where global brands are present and also where many from Thailand’s marine industry attend. With two-and-a-half days of conferences, it’s very much a business event, distinct from Thailand’s boat shows which focus more on the experience of owning a boat, showcasing the marine lifestyle and the country’s cruising grounds.

Recent weeks have been busy for the marine industry, with announcements coming thick and fast. As we head into a new year, here’s a quick look at some of the most recent highlights.

The 14-year-old Phuket International Boat Show (PIMEX) is evolving into the Phuket RendezVous, under new ownership. The same team behind the Singapore Rendezvous and YachtStyle magazine will be adding more ‘lifestyle’ to the event, keeping the same dates (January 4-7, 2018) and venue (Royal Phuket Marina). Co-founder Andy Dowden remains part of the team.

The Optimist World Championship, which will be held July 11-21 in Pattaya, was officially launched recently. This is the second time it has been held in Thailand; the organizers noted that more than 60 countries have already registered and more are expected.

The organizers of the Top of the Gulf Regatta, also held in Pattaya, which will take place May 4-8 at the Ocean Marina Yacht Club, announced that they will be welcoming their 3,000th entry this year. This is the 13th year of the event, which has, from day one, been a big supporter of grassroots sailing in the country, providing a platform for Optimists and dinghy classes to compete, as well as larger keelboats and multihulls, and the one-design Platu.

The dates of the 2017 Ocean Marina Pattaya Boat Show (also in Pattaya and held by the same organizers as the Top of the Gulf Regatta, Ocean Marina Yacht Club), have been announced. To be held from November 23-26, this will be the sixth year of the show which has shown growth year-on-year and proven to be an excellent showcase for the Gulf of Thailand, it’s facilities and untapped cruising potential.

The Customs Department also made recent changes to their interpretation of regulations regarding visiting yachts, which now means yachts coming from overseas can stay for up to 12 months. This is a positive step for Thailand’s marine industry.

The Thailand Yacht Show recently made some big announcements about their plans for the 2017 show, to be held December 14-17 at Ao Po Grand Marina. With the aim of making the show a festival of all things marine, organizers will expand the components and plan to have four spectacular world championship competition events – P1 powerboat racing, foiling catamaran yacht racing, stand-up paddle boarding and kite-surfing – and create a unique viewing platform on the breakwater that surrounds the marina.

As we head into the new year, exciting times lie ahead for Thailand’s marine industry.

Duncan Worthington is a long time Phuket resident and, through Infinity Communications (www.infinity-comms.com), consults to leading consumer brands, hospitality and marine clients in Thailand. In his ‘spare time’ ,he runs the marine portal www.MarineScene.asia. #OnDeckPhuket

Gardening: A problem of identification