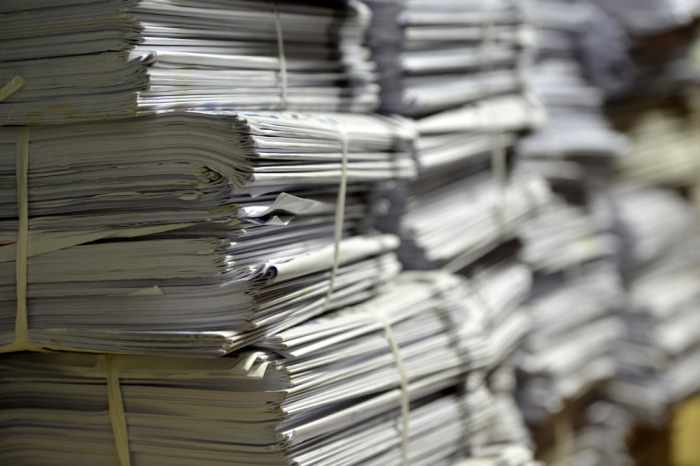 PHUKET: It’s a common mantra, even among media pros, that newspapers are a dying breed of communication. Many feel that once another generation or two have left this world, the daily printed page that some still pine for will cease to be.

In many ways it is a blessing. A major reason being the immense amounts of resources embodied in the production and delivery of newspapers. The US Environmental Protection Agency claims that more than 24 billion newspapers are printed every year in the US and another source asserts that half a million trees are sacrificed for US Sunday edition papers alone. Factor in all of the petroleum resources needed to harvest and process the trees, as well as deliver all of the newspapers, and the substantial investments to put a newspaper on a stand or in a consumer’s hands is revealed.

Not to worry, digital media is now dominating and more people are looking to their laptop, tablet and smartphone for their news fix. However, there still remains a significant contingent of nostalgic stragglers that haven’t caught on yet. And a recent start-up has noticed and plans to capitalize on their sentimental ways.

Behold PaperLater, a service that allows users to aggregate online articles and have them printed into a custom newspaper of their very own. Users are able to add content to a queue and when ready, hit the print button, and in three to five days will have that tangible hard copy in their mailbox.

Why would anyone want to bother? Most websites have to generate some income which usually comes in the form of annoying pop-up ads or flashing obnoxious sidebars and headers trying to sell everything under the sun. For some, being able to read that 3,000-word riveting science article in peace and quiet is a tempting proposition. For others, the simple opportunity to read from something other than the computer screen they stare at all day long at work sounds like a welcome change.

PaperLater has a minimum print run of eight pages up to 24 for a flat rate of £4.99 (about 275 baht) including delivery. Having launched on June 9, PaperLater is still in its infancy, and as such, is only available in the UK. They are asking for input from interested parties outside of the UK in order to gauge interest and figure out where to expand shipping to.

It’s likely that many people over the age of 25 or 30 can relate to the appeal of having the printed word in hand. The smell, the texture, the tactile appeal and even the hassle of flipping and folding pages and frustration of reading in the wind have a special place in the hearts of paper-lovers everywhere. Now, they have a way to transform their favorite digital content into their beloved hard copy.

For more information about the service, visit: paperlater.com

Caught in a love Catch-22