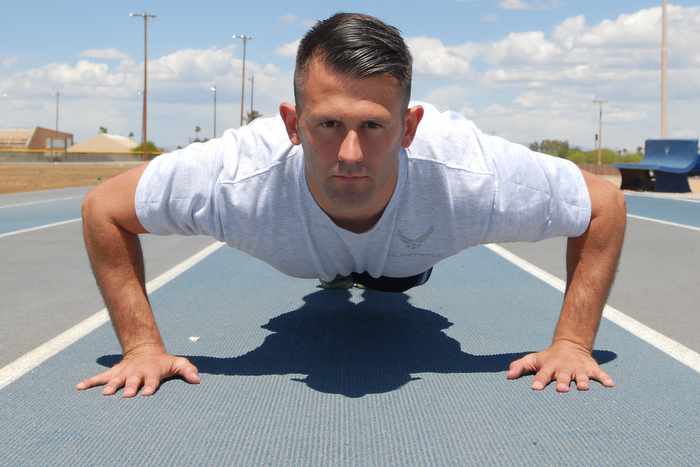 PHUKET: The Phuket fitness community has been buzzing about the new exercise trend functional training, also known by the name “integrated training”. Its popularity has skyrocketed due to the various benefits it offers – and it only requires two things: your body and a space in which to exercise.

There is no room for excuses when integrated exercise is an option. You don’t need a gym membership or weight machines to get fit. You also don’t need to set aside hours of your day for a trip to the gym.

Save your money and time, and put it to better use.

Functional training has many meanings to practitioners in the health and fitness industry, but the National Academy of Sports Medicine defines it as: “all functional movement patterns involving deceleration, stabilization and acceleration, which occur at every joint in the kinetic chain and in all three planes of motion.”

Sound complicated? Actually, it’s quite simple. Let me break it down for you. Since most of people drive, I’ll relate functional movement to driving a manual car.

Driving a manual takes much more skill and precision than driving an automatic. For people who own a manual car, driving an automatic is boring and requires little skill or control. In the language of fitness, it’s like using machine weights rather than practicing functional movements.

There are muscles that act as the brakes, while others are the accelerators. Both are supported by the clutch, which dictates how fast or how slow the muscles move. The core muscles often take on the role of the clutch, as movement originates there.

As most of us know, to get a car moving, you need to first use the clutch to put the car in first gear, or in reverse. The clutch often takes a backseat to the brakes and accelerator, if you will, and simply supports their movements. How effective you are in using the clutch – or core muscles – is a big factor in how good a driver – or how fit – you are.

Then we have the kinetic chain. In our scenario, the kinetic chain is made up of the parts of a car that must all be operational for the car to move. If one of the links in the chain doesn’t work, for example the car battery, you are in trouble and will not be going anywhere any time soon.

In the body, the kinetic chain is the act of exercising several joints in the body at the same time.

Then come the three planes of motion or, the steering wheel. We can move backwards and forwards (sagittal plane), swerve from side to side (frontal plane) and move in circular patterns (transverse plane).

Functional training integrates all of these different types of movements and muscles, all at the same time.

How is functional training different from other types of exercise?

Most of the people I see weight training at the gym are using isolated training techniques. It has its benefits, such as increased muscle mass and strength, because it allows you to fatigue individual muscles. However, this often comes at the expense of physical freedom and a decrease in flexibility and mobility.

Have you noticed that some body builders appear a little bit stiff and rigid? This is often the result of a lot of isolated exercises, such as bicep curls, which target individual muscle groups.

Athletes also use isolated training, but will then use integrated training to achieve more effective movement patterns.

The bottom line is that functional training does not isolate certain muscle groups. It uses many different groups at once. It increases flexibility and muscle and joint mobility.

The benefits don’t stop there. Integrated training helps develop muscles so they work together synergistically, as a team, which results in an overall increase in strength, balance, co-ordination and power.

Functional training also makes for stronger core muscles. For example, an exercise as commonplace as a push-up forces the chest, arms, shoulders and important, stabilizing core muscles to work together.

This simple move will render results much more effectively than, say, a seated chest press machine, because the machine allows the core muscles to sleep – and weak core muscles are the culprit of many back problems.

The act of exercising several muscles at once is a huge time saver – an aspect of functional training that pretty much puts any excuse of “not having time” to exercise, to bed.

Last but not least, and this might sound obvious, but the more muscles used during exercise means more calories burned.

Krix Luther is a fully qualified personal trainer with nearly a decade of experience specializing in strength and conditioning. For more information about Krix and his services, visit thevitruvianmethod.com

Phuket Gardening: Papering Over the Cracks – plants to cover the ground

Killing Phuket’s reefs one slice of bread at a time