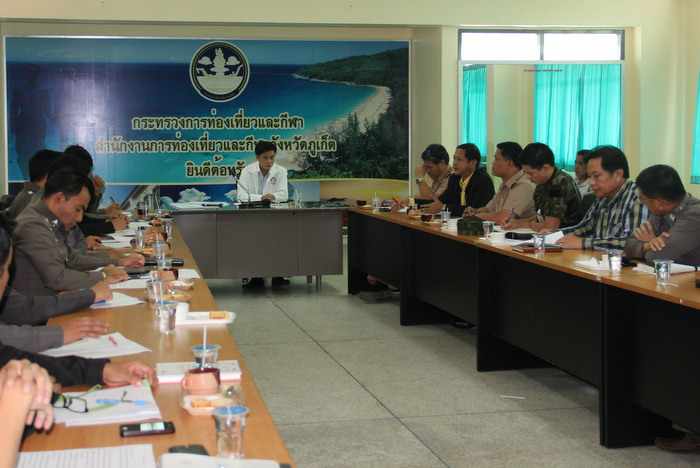 PHUKET: Authorities will sweep through Phuket from Monday in a move to rid the island of illegal tour companies and illegal, foreign guides.

The news follows a brainstorming session yesterday between Phuket officials, authorities and officers from the MOTS Phuket office on how to tackle the issue of illegal tour companies and guides operating on the island.

“We have 1,601 tourism businesses and 4,428 guides registered in Phuket. We need to confirm that every business and every guide is legitimate,” said Santi Pawai, director of the MOTS Phuket office.

“We will begin the campaign on September 8. All companies and guides who are unable to produce the appropriate paperwork to prove their legality when we arrive will be given two weeks to provide it.”

Any tour company found operating illegally after the two-week grace period will see their businesses closed down until the proper paperwork can be produced, confirmed Mr Santi.

“Any illegal guides found working on the island after the two-week period will be arrested,” he added.

The ministry is also working out a plan to standardize wages, and language classes are being organized so Thai-national tour guides can improve their communication skills.

“We realize there are many problems between Thai-national tour guides and tour companies, including huge variations in wages and the hiring of illegal, foreign guides,” said Mr Santi.

“To combat these issues, we will set a standard tour guide wage and offer language classes so that Thai tour guides can develop their communication skills in the languages of key tourist markets.”

Part of the MOTS Phuket office 2015 budget will be set aside to fund these classes, said Mr Santi.

“The guides may have to pay a fee to take the class, but we are not sure how much as our 2015 budget has yet to be approved,” he explained.

“We will have one class for new guides, so they can learn how to handle tourists and be trained in languages such as Chinese, Russian and Korean.

“We will also have a monthly class for guides that started working illegally but are now legal, so that they can be brought up to speed with the rules and regulations of the industry.”

Mr Santi is confident that these new strategies will help improve the industry for the long term.

“We think this will help bring the jobs back to the Thai people and develop the tourism industry,” he said.