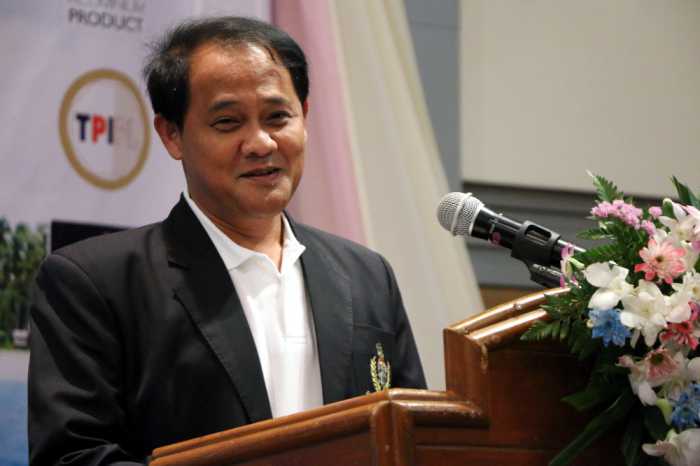 Among the seminar’s speakers were representatives of respectable developers such as Sansiri and The Mall Group’s Supaluck Umpujh.

PHUKET: Realtors throughout Phuket are re-aligning their strategies to counter the slowdown in market activity this year, which has been attributed to saturation.

Thanusak Phungdet, president of the Phuket Real Estate Association (PREA), revealed the news after the PREA property seminar in Phuket Town on October 29.

The seminar, which featured a number of high-profile speakers, reviewed the passing year in the island’s real estate sector, as well as what preparations might be necessary for the future.

Mr Thanusak cited the saturation of the market as the main issue developers and real estate agents need to address in the upcoming months.

“The property market in Phuket has slowed down a bit. We have a lot of completed projects and plenty of rooms to sell. This year, we don’t need many new investments, and we can focus on selling what we have,” he said.

Among the seminar’s speakers were representatives of respectable developers such as Sansiri and The Mall Group.

“We held this seminar to talk about the economy as it is now, and as it will be in the future. We invited a number of speakers, all professionals from the real estate industry, who will shed some light on our problems,” Mr Thanusak explained.

“It’s good to have a seminar now, as the year is coming to an end and we have a lot of data to work with. We know what problems we have faced, and we can plan for the future.”

Remaining highly active and establishing itself as the go-to organization for Phuket property experts, the PREA is already planning more events. Next will be an exhibition at Central Festival Phuket which will take place on February 26.