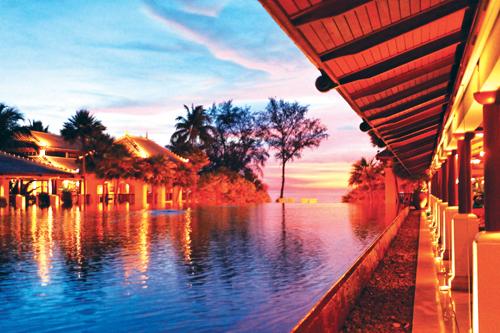 PHUKET: The JW Marriott Phuket Resort & Spa was named the Best Hotel in Phuket in the 8th annual DestinAsian Readers’ Choice Awards 2013, while the spa arm of the Banyan Tree brand was named Top Hotel Spa in the Asia-Pacific region.

On Phuket’s beautiful Mai Khao Beach, the luxury 265-room JW Marriott Phuket Resort & Spa is set across 68.2 rai of exquisite tropical gardens. Its world-class accommodation and extensive facilities make it the resort of choice for couples and families visiting the ever popular island destination of Phuket.

Conducted from August to October 2012, the DestinAsian Readers Choice Awards 2013 recognizes destinations and brands which provide consistent and unsurpassed standards in excellence and service. Readers were asked to select winning hotels in each category, based on their personal experiences which satisfied their needs in terms of luxury, service, style and comfort.

DestinAsian Publisher Ronald Liem saluted the award winners for their commitment in providing the best quality of service throughout the year. “We would like to congratulate all the winners of the Readers’ Choice Awards. Each one deserves high praise.”

“Phuket offers some of the finest luxury resort accommodation to be found anywhere on the planet. When seasoned travellers who have experienced both our product and that of other resorts name us the best, it is an outstanding and very much appreciated honor,” commented JW Marriott Phuket Resort & Spa’s General Manager Tony Pedroni.

Banyan Tree were pioneers of the tropical garden spa and their hotels are staffed with therapists trained at the Banyan Tree Spa Academy in Laguna, Phuket. Banyan Tree’s 60 spas in Asia and across the globe deliver outstanding pampering and the ultimate in rest and relaxation.

On Koh Samui, the Four Seasons was named the Best Hotel, with voters highlighting the spa’s outdoor soaking tubs situated in a rain forest. The two-wing Shangri-La hotel on the banks of the Chao Phraya river was named the Best Hotel in Bangkok. Buffet dinner cruises aboard the hotel’s private riverboat is just one of the many exclusive features offered at Shangri-La.

Slave to the bean

No cooling measures needed in BKK