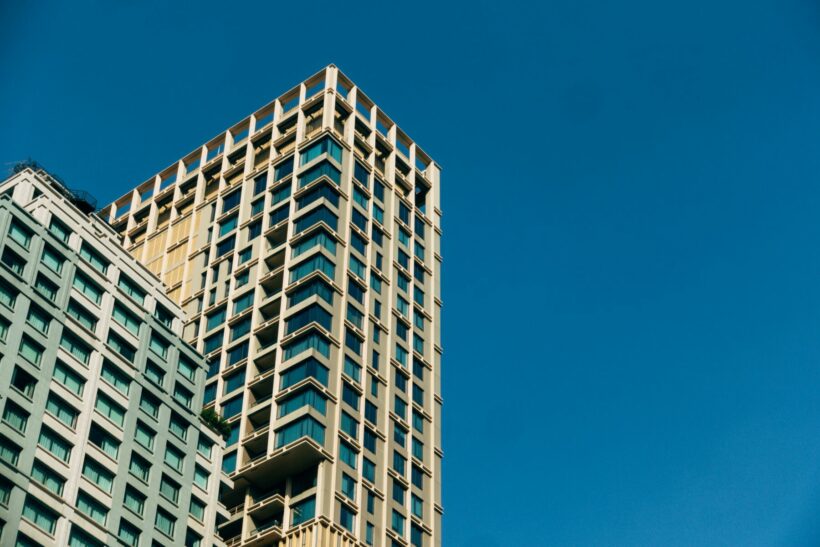 Thailand’s condominium market saw a modest improvement in 2021, despite the overall “sentiment” remaining low with a lack of foreign buying power. That’s according to a report by CBRE, which measured the pandemic’s effect on the country’s economy, customer confidence, spending power and an oversupply of options.

The report found that fewer international investors has compounded the situation. Foreign buyers, who make up a significant portion of the downtown market, were reportedly unable to travel to buy units, or lacked the confidence to buy off plans digitally as they had done previously.

“…which we believe [is] due to repatriation and cost-saving measures.”

“The drop in Japanese and Chinese expatriates working in the Thai automotive industry continues with a drop of 6.3% Y-o-Y and 8.4% Y-o-Y, respectively, especially for Chinese nationals where there was a 9.7% decrease Q-o-Q.” 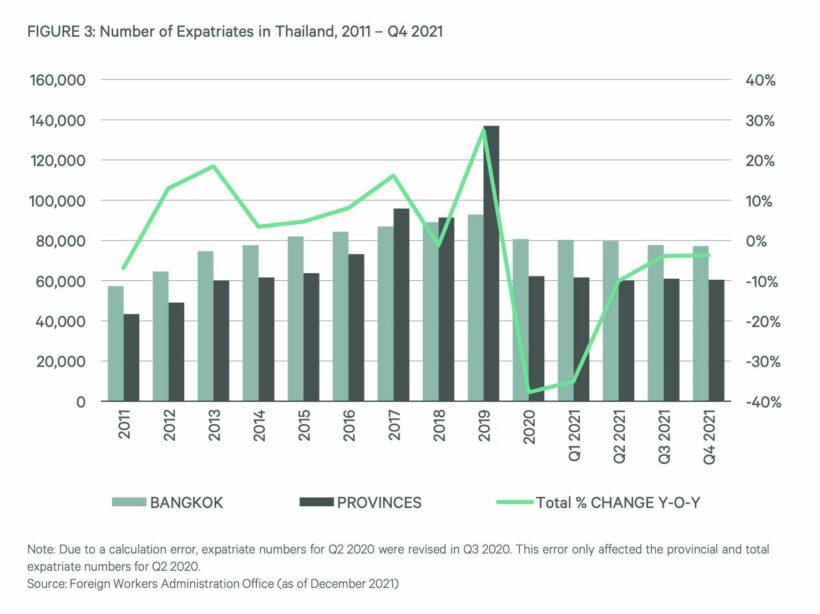 Meanwhile, the ongoing pandemic, with no noticeable improvement throughout the year, pushed companies to send their foreign staff back to their home countries with lower accommodation costs.

Newly-announced properties in both the city and suburban areas signaled minor improvement in the condo market in Q4 of 2021. Regardless, the general outlook remained subpar, with various developments delayed or stopped due to factors such as financial viability, project positioning and waiting for market improvement.

In Bangkok, developers launches more than 9,000 new apartment units in the downtown area, with another nearly 8,000 units in surrounding suburban areas. Developers focussed on new apartment buildings in the suburban sector, while the market continues to be dominated by low-end projects with average values of 1-3 million baht.

According to the report, 3-bedroom units were the most popular and in-demand apartment unit size, accounting for 42% of total apartment sales. It was followed by 2-bedroom units, which captured 32% of total sales. 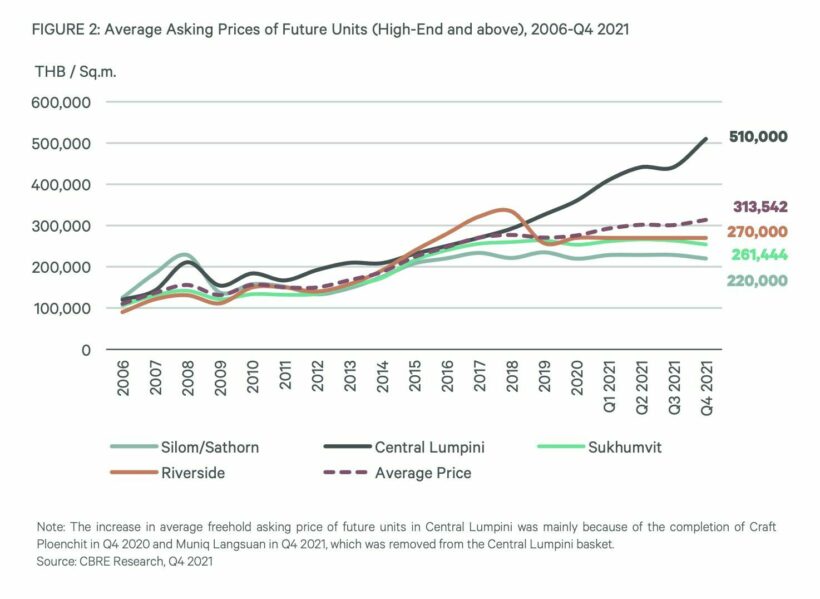 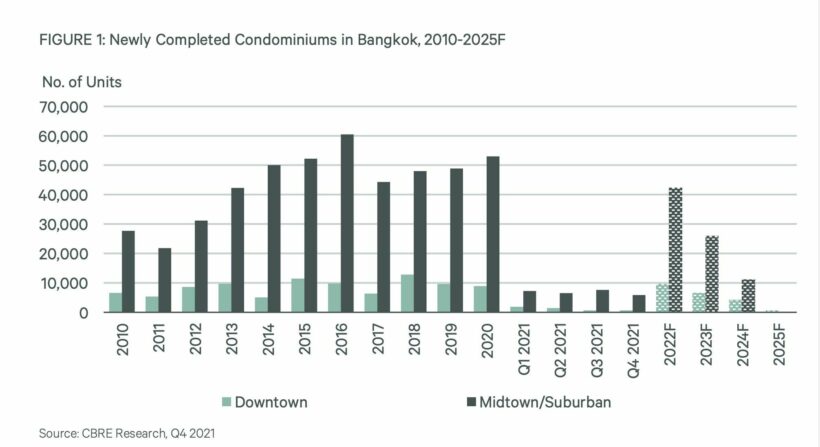 Marriott launches new hotel in Pattaya, plans to expand in Thailand this year