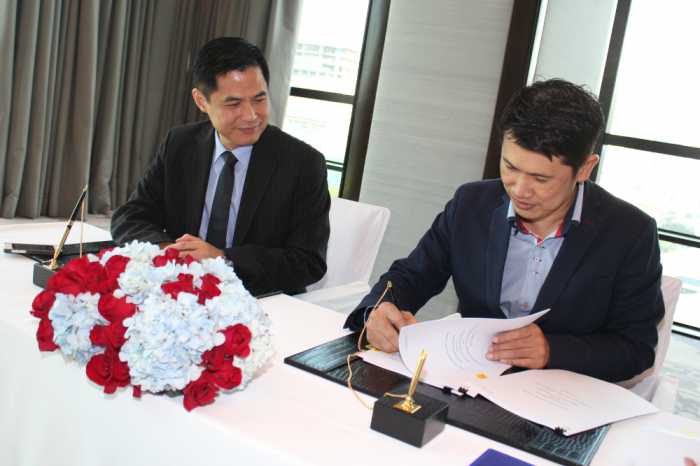 PHUKET: Emerald Phuket Development, confident that the luxury property market on the island isn’t saturated, is bringing the Sheraton brand back to the province after a three-year hiatus.

“The Sheraton brand has one of the best distribution systems and traveller loyalty programs. It is returning to Phuket with a firm vision to take its rightful place in Phuket’s competitive luxury market,” Managing Director Sawit Ketroj told the Gazette.

“The influx of quality malls, entertainment venues, constant road infrastructure improvements; the year-on-year rise of visiting tourists; and the stability and simplicity we have seen so far in property investment makes expansion a sound choice.”

Emerald Phuket Development, whose core business is condominium developments, is currently working on five major projects in the region under the Emerald brand.

“The diversity of our product means that we offer innovative and profitable opportunities for buyers and investors based on the present market condition,” Mr Sawit notes.The signing of Starwood Hotels & Resorts to operate a Sheraton in Kalim, next to the Emerald Nirvana Residences, marks a diversification of Emerald Phuket Development’s holdings in the luxury hotel market.

“We did not choose the Sheraton at random, we knew the client mix we were going for, and it was the brand that suited the profile best,” Mr Sawit said.

“The Sheraton brand is a global one that reaches across many countries and it is one of the hospitality leaders. To have it back in Phuket, which has always been a favored destination of its clients, will definitely contribute to its success.”

The west coast location for the resort was considered a must by the development, despite some perspective luxury property markets being created on the east coast via Boat Lagoon and the Royal Phuket Marina.

“The site location, which is on a hilly slope that starts at sea level and goes all the way up to nearly 80 meters high, offers… a 180-degree view over the Andaman Sea,” said Mr Sawit.

“[Situated along] the best scenic route of Phuket… it is ideally positioned between Patong and Surin, which are the hubs of entertainment on the island.”

With ongoing projects receiving excellent feedback, and sales reaching 80 per cent, despite some of the projects not yet breaking ground, Emerald Phuket Development reiterated its confidence in the Phuket property market.

“I do not believe the market to be saturated; on the contrary, additional luxury venues will raise the bar for quality standards, as guest expectations in hotels are ever-evolving,” Mr Sawit said.

Property Update: Urban-style condo launched in the heart of Phuket