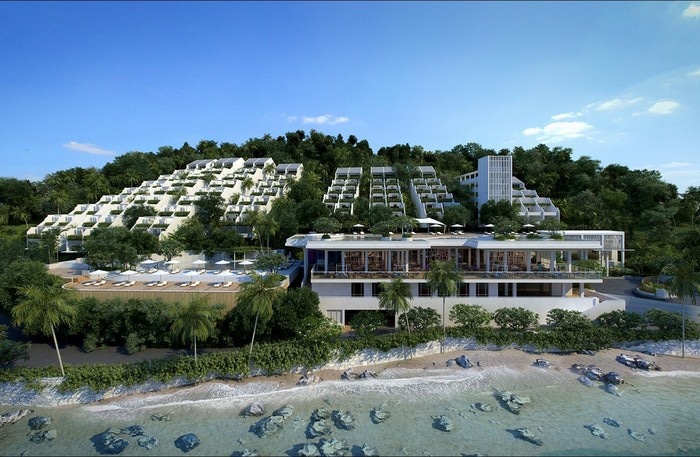 PHUKET: Excitement is building up across the island over the upcoming reentry of the iconic Royal Phuket Yacht Club in January.

After an expansive 18-month upgrade, the Royal Phuket Yacht Club, which in 1986 was the island’s first luxury hotel, will now reopen under the name ‘The Nai Harn’ on January 16, 2016.

Over the years, the 130-key luxury hotel has come under both the Mandarin Oriental and Le Meridien brands. However, in 2014, the hotel was acquired by an affiliate of the private equity firm SC Capital, which is also behind the growing Manathai hospitality brand.

“It’s an iconic property, it’s well-known, it’s in Nai Harn and it has a significant design,” Bill Barnett, managing director of C9 Hotelworks, told the Phuket Gazette. “It was designed by famous Thai architect Mom Tri [Mom Luang Tridhosyuth Devakul] at the time and its return is a good thing.”

Meanwhile the 10-bedroom Ani Villas private hotel, which is currently opening on Koh Yao Noi in Phang Nga Bay, is expected to attract the jet set crowd who wish to rent an entire full-serviced luxury product.

“For us, it is interesting to see Phang Nga Bay starting to evolve. There is The W in the works in Phang Nga Bay as well,” Mr Barnett said.

“We are starting to see people looking at that area, so that is an exciting development in terms of people wanting something different.”

Already shaking things up on Kamala Beach is the upcoming soft opening of Keemala, an upscale boutique hotel.

“That is interesting for us because it’s a wellness and holistic-based concept. It’s something different, so that is something we are keeping our eyes on,” Mr Barnett added.

By the book: Not all doom and gloom on Phuket