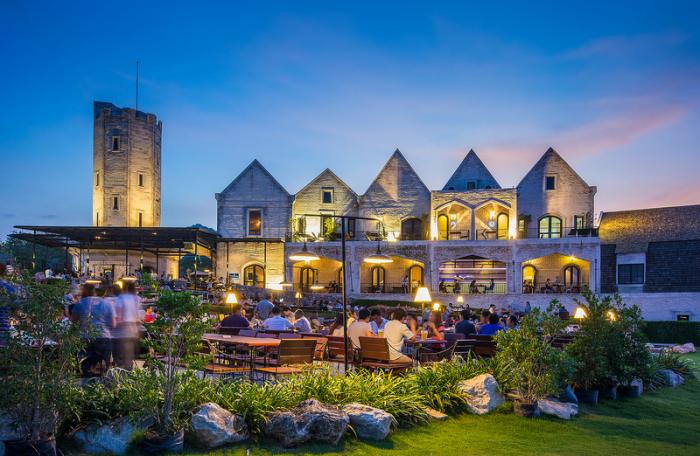 PHUKET: It’s hard to trace the origin of the practice of naming people, places and things. Arguably you could start with Adam and Eve, and perhaps that first gated-estate village called the Garden of Eden. Yes, the branding gurus were hard at work, even way back then.

I’ve been reading about the current backlash in Mainland China against the increasing evils of ‘Westernization’. One of the first initiatives was to force gated-estates to allow open roadways through these newly urbanized areas. Aside from the obvious traffic issues, the aim has been to close the gap between wealthy Chinese and the rest of the population.

Foreign-looking architecture has also come under the gun.

Next, in what could be a developer’s nightmare, is the government requiring real estate projects with Western names to change them to local, or geographically-correct, monikers. Out goes the Riviera, Swiss Alps, Tex Mex, or chic global city names. Is this a great step backwards, or a great leap forward?

Property players are traditionally adept at re-writing the map. Look at Laguna Phuket which in actual fact is in Cherngtalay, or even Natai over the bridge in Phang Nga province that for the most part is Ko Pilai. And yes, Kamala of course hosts the Millionaires’ Mile. We live on an island where most people still use the term Phuket Town, instead of its correct name of Phuket City, as it has been for quite some time.

Real estate developers need to create unique selling points for their projects, and so adopt themes, or rely on a legacy Western name that stimulates sales for their condos or villas, rather than using the terms Baan, Talay, Lanna, or a hundred other over-used cliches.

Certainly in Mainland China, nationalism looks dead set to collide with consumerism, and the property set may learn that losing an international feel will force them to come up with new ideas to sell expensive real estate.

After being cut off from the West for such a long time, the Mainland has an appetite for foreign brands, travel destinations and themes from other places. I get that entirely. I left the US over thirty years ago for exactly the same reason. Chinese travelers go abroad not for glimpses of the same as they can find at home, but for new ideas, sights and sounds.

On the other hand, I have often written about the silliness of Asia looking at the West as a role model, and in Thailand you have to go no further than Khao Yai to see that a misguided few have come to think that the Italian countryside really has been magically transported to the Kingdom. Not.

While we shout about globalization, yet think we need to go local, the list of simple old names that have existed so long is under attack. Urbanization is a reality, and maps will be re-written, be it by governments, real estate developers, or wise-guy branding folks.

The reality in Phuket is that we live in a parallel universe where both Thai and foreign brands continue to co-exist. It will be interesting to see how China finds their own middle ground in the name game.We will always have Shanghai, or will we?

Across the land: Unusual times in Phuket tourism