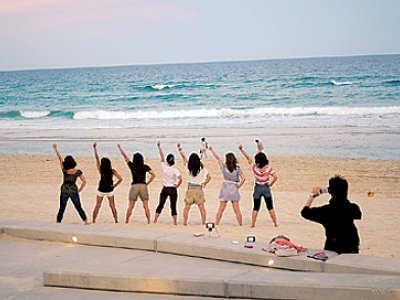 Statistics showed that 4.2 million arrivals had been counted at the airport last year, compared to only 3.5mn in the previous year, with most of the new arrivals being Chinese, Koreans and Russians.

Speaking on this trend, Nattha Kahapana, Director of Knight Frank Phuket said that Phuket seems to be becoming more and more of a “legendary resort destination” in the Asia Pacific.

“Many hotels were fully booked by Korean and Chinese travelers over the Lunar New Year period. The year of the Dragon [this year] will be the year of Asian tourists, especially those from Korea, China and Singapore,” Mr Nattha said.

Also, we will see many more Indian tourists coming to Phuket. For the Indian market, wedding groups is one market to look out for,” he said.

Meanwhile, he said that “honeymooners” remain the dominant Korean tourist market for Phuket.

Indonesia is another high-potential tourist-source market with huge opportunities for Phuket, as they tend to enjoy Thai cuisine, shopping, golfing and other relaxing activities, Mr Nattha noted.

Knight Frank Thailand’s research suggests that the wave of new tourists coming to Phuket are generating much of the increased property demand.

Wealthy Asians are now a strong buying force for both condominiums and villas in Phuket, Mr Nattha said.

During January, there were 187 new villa units among three projects, bringing the total number of units on the market to 1,972, he said.

Of the new villas, only 13 were targeting the luxury segment (built in the ‘Millionaire’s Mile’ in Kamala), while the other 174 units largely targeted the middle income segment, and thus are more affordable to Asians, he said.

Coconut Island showed particular promise with 26 of 32 new villa units there, ranging from 2 to 6 million baht, reportedly being sold off plan.

Contributing to the market success there, Mr Nattha said that the Phuket Provincial Administration Organization (OrBorJor) had made passage to the island safer and more convenient for residents and tourists by building a new 170 by 3-meter concrete pier.

“We will see the launching of many luxury villa projects all across the island this year. For instance, Laguna’s ‘The Odyssey’ project, which is of mixed-use including retail, villa and condominium units. Another huge project, with about 134 villa units, is situated at Ao Por on Phuket’s East Coast.

The island’s luxury condominium market is also growing quickly. During January this year, the Eden Oasis completed its second phase which includes 11 units. The 2- bedroom units are priced between 4.9 to 8mn baht a unit.

Mr Nattha concluded that this year’s new condominium supply will target wealthy Asians with prices ranging between 3 to 8mn baht per unit, whereas villas will target European, Australian and Scandinavians who can afford prices in excess of 20mn baht per unit.