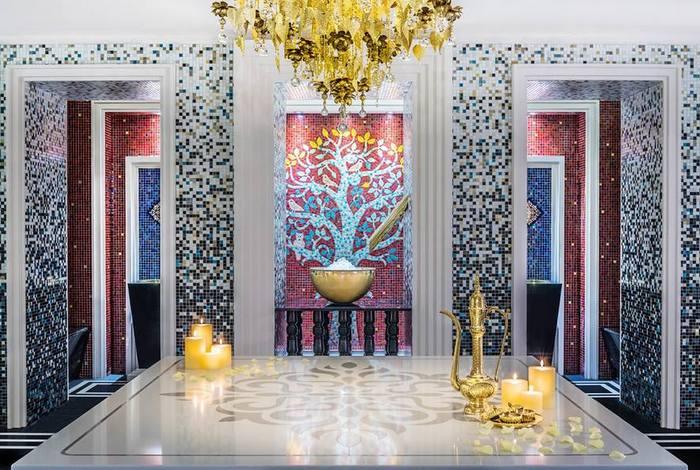 PHUKET: Effective marketing is essential to securing occupancy numbers, both in high and low seasons, leading many resort and hotel owners to rely on established brands with loyal clientele. However, when those brands fall down on the marketing side, as one such international brand is perceived to have done for what is now known as the Amatara Resort and Wellness Center on Cape Panwa, it can be time to pull the plug and go independent.

“We needed wider reach and distribution, as well as better market penetration,” General Manager Brice Borin told the Phuket Gazette last month. “When you pay a high fee for a brand, you have a certain level of expectation – not only for service, but for marketing to elevate and bring your hotel to the world.

“The re-branding was a challenge. However, because we were already doing a lot by ourselves, it wasn’t really a big change. The brand we had wasn’t like the Hilton or Accor, driving a huge number of rooms for us.”

Since the lightning fast re-branding, which saw 95 per cent of all necessary changes made within days of the owner informing Mr Borin that the hotel was going independent, the Amatara has become affiliated with the Worldhotels conglomerate for the yet-to-be launched ‘World Luxury’ label. Though currently nestled under ‘Deluxe Edition’, Amatara will be moved, along with only about 14 other properties in the world, to the World Luxury brand.

“Phuket remains one of the top island-destination choices for travellers globally and we are delighted to provide all Worldhotels’ guests with this luxurious haven when they travel to Thailand,” said Roland Jegge, the executive vice president of Worldhotels Asia-Pacific. “We cannot wait to see what the future holds for Worldhotels, especially around the Asia-Pacific region.”

The Amatara is the only member of Worldhotels on the island, confirmed Mr Borin.

Though the resort will maintain five of its own marketing offices, it plans to take full advantage of the 35 offices run by Worldhotels.

During its three years of operation as the Regent Phuket Cape Panwa, the now-independent Amatara maintained a well-balanced client distribution by nationality, even with only five Regent marketing offices. It also had a strong focus on the Asian-based market which comprises about 50% of the hotel’s occupancy. Of these, about 28% are Chinese and 28% Korean, with the remaining 44% made up of Thais, Singaporeans, Japanese and Hong Kong people. The other 50% of the resort’s market is western based, with the strongest segments being Australians, British and Americans.

“We have quite a diverse market; on New Year’s Eve we had 33 nationalities in the hotel. It’s actually quite healthy,” Mr Borin said. “With Worldhotels’ 35 marketing offices, we will probably be able to reach markets we never reached before.”

The hopes of increased occupancy from smaller market segments will help fortify the resort’s already strong protection from falling markets, such as the Russian market which disappeared almost overnight from Phuket.

The company is additionally reaching further toward new markets with the branding of the resort as a wellness center. As part of the wellness center, the Amatara will be introducing Thailand’s first hammam.

The hammam, also known as a Turkish bath, is the Middle Eastern variant of a steam bath. It usually involves hot and cold rooms, with the Moroccan-style version incorporating mud treatments as well.

“So we’ll have a 2,000sqm facility as we add four treatment rooms to our existing eight rooms. There will be a detox room, a steam room, a physiotherapy room, a fitness studio, a slimming room and, of course, the first hammam facility in Thailand,” said Mr Borin. “The exclusively designed Thai hammam brings together traditional Turkish and Moroccan bathing practices with the gentleness of Thai spa therapies.”

Additionally, the spa will include a salt cave, which allows guests to inhale dry, salt-enriched air to reap the health benefits associated with the therapy.

“These facilities, along with wellness-retreat programs, will be marketed toward a slightly different segment than we previously catered to,” Mr Borin said. “Additionally, the facilities will be value-added experiences for guests and will also be open to Phuket residents.”

The upgrading of the spa facility was dealt with swiftly, and the Amatara team has embraced the changes, helping to continue to drive the hotel forward, Mr Borin said.

“A lot of people say, ‘Wow, you left the Regent’, thinking everything is collapsing under you. Yes, it was a challenge, but our team created this product,” Mr Borin said. “To give Regent credit, it’s not a cookie-cutter brand. We had a lot of freedom to do what we wanted, within certain guidelines. And I think that was also what pushed the owner toward creating an independent brand. He saw how much the team drove the direction of the hotel from the pre-opening to now.”

Across the Land: The persistent growing pains of Phuket