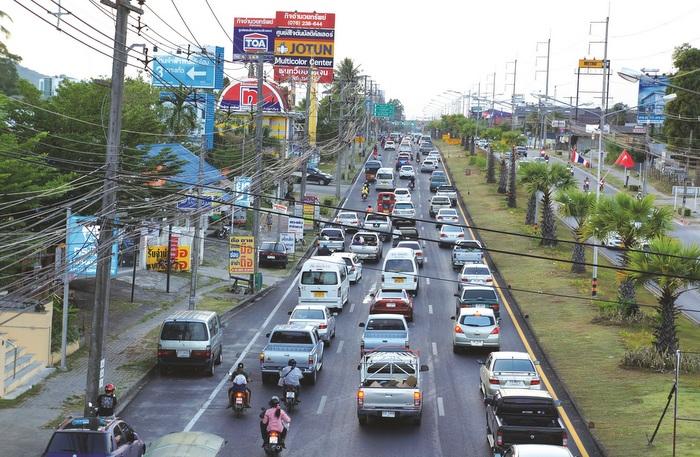 PHUKET: In 2015, Delhi was named the world’s most polluted city.

When I first saw this report, it made me think back 10 years ago when I was a university student in Phuket and went to Bangkok for a three-month internship.

Nearly a decade ago, everything in Bangkok was good – except for the air pollution. The main reason was the carbon monoxide from cars, motorbikes,buses and trucks – it’s widely-accepted that Bangkok has the most terrible traffic in all of Thailand.

During my three months in the hustle and bustle of the city, I told myself that I’d never settle down in a place like that. I hate traffic jams and air pollution, and I really missed Phuket – my island of paradise. I knew that I’d start a family here one day.

Recently, I followed through on my wish and now have a family and a job – except that my island of paradise now faces the issue of traffic and air pollution as well.

For example, the other day I drove my motorbike to lunch a short distance from where I work. It took at least 20 minutes to get there, thanks to the bumper to bumper traffic. I feel that one of the main contributors to today’s traffic congestion is the underpass construction, which affects all of Phuket’s main roadways.

To make things worse, I was engulfed by exhaust fumes and smoke all around me; it felt like being in Bangkok all over again.

When cycling or riding a motorbike behind a bus that is spewing black smoke everywhere, it’s hard to imagine that that that vehicle has passed an annual inspection. In fact, many vehicles on the roads have clearly not passed annual inspections and are pumping black exhaust into the atmosphere that then goes straight into the lungs of other drivers and pedestrians.

Another reason for congestion and air-pollution is that we have too many vehicles on the road – the population is growing rapidly and public transportation is inefficient and sometimes too expensive.

There are several other factors causing air pollution and traffic congestion: emissions from industries and households, and farming chemicals, to name a couple. But, in my opinion, the biggest one that needs the most urgent attention is carbon monoxide from fuel combustion in the engines of vehicles.

No wonder the island is full of smog.I worry that if we do not do something drastic, Phuket will not only become the province with the worst traffic, but also, potentially, the most polluted city in the world.