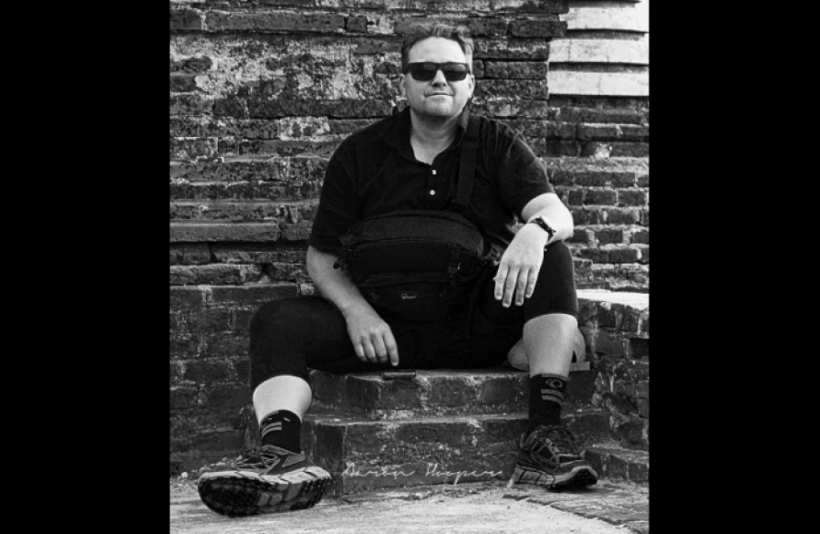 PHUKET: Aaron Hooper is an award-winning chef, originally from the US. Having moved to Thailand and worked in the restaurant business for nearly 15 years in Phuket and Bangkok, he has recently refocused his interest toward writing and photography.

Aaron was an English major in college, where he also studied photography. Choosing then to take a sabbatical, he travelled around Europe for a few years.

“I had my first exposure to cooking professionally while skiing near a town called Mürren in Switzerland. It’s a very small, isolated and idyllic place, unbelievable to live and work in. There were no cars – we travelled on gondolas and skied down slopes. I ended up living in Switzerland for more than two years. I could speak German, so that helped,” says Aaron.

His time in the remote Swiss Alps was the beginning of a lifelong passion for him.

“I was very young so was mostly relegated to more menial tasks in the kitchen, but the exposure alone, working with some of the best chefs in the world, got me forever hooked on cooking. My main interests were hiking and skiing. After Switzerland, I moved back to the US to ski in Colorado. In ski towns, cooking is always a way to get by. So I used to ski in the daytime and work in a restaurant at night,” says Aaron.

“From then on, I began to take cooking really seriously and enrolled at the New England Culinary Institute in Montpelier, Vermont. After graduating from the school, I moved to San Francisco, which is the hotbed of chefs from all over the world, especially back then. There I got the opportunity to work with some incredibly talented chefs, working my way up to Sous Chef under Wolfgang Puck. I was still quite young, and started to get noticed by big restaurateurs and publications in San Francisco. One of them wanted to open a restaurant in Bangkok, which is how I landed here,” he adds.

Despite not being able to speak a word of Thai back then, Aaron commanded a large staff and got to work on launching a restaurant in the heart of Bangkok.

“Opening a restaurant is interesting in any country, but doing it with no common language skills was another challenge in itself,” he says.

Having spent more than a decade as the driving force behind Joe’s Downstairs, Aaron was honored as ‘Thailand Chef of the Year‘ in 2008, 2009 and 2010 by the ‘Hospitality Asia Platinum Awards’ in Singapore. He has been named in Thailand Tatler’s ‘Best Restaurants Guide‘ each year since his arrival in Thailand in 2002.

He has also hosted visiting Michelin Star chefs and cooked alongside them on many occasions. Despite recently moving out of a full-time position at Joe’s Downstairs, he will remain an active owner and be in the kitchen to train staff, uphold standards and update the menu a couple of months each year.

Having studied photography in university and learning the ropes in the days of film by developing his own prints for long hours in darkrooms, he has now refocused his career path to follow his passion for pictures and writing.

Working as a freelance photographer and writer based in Southeast Asia, Aaron’s musings throughout his extensive travels will be documented in the Gazette online with his weekly feature ‘Hooper Trips Asia’.

On Deck: Samui – The unpolished marine jewel of Thailand