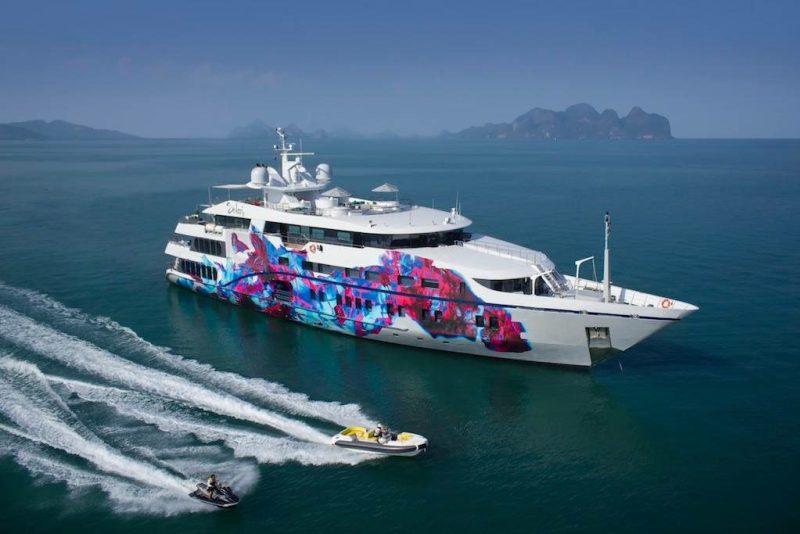 Samui is looking to establish the island’s first marina and is currently looking to investors for the project in the Gulf of Thailand.

The report says that superyacht sailors are now coming to the region but looking beyond Phuket in the Andaman Sea for their journeys. Koh Samui and the nearby islands provide a perfect marine playground for the world’s superyachts in the Gulf of Thailand.

Captain Charlie Dwyer from Asia Pacific Superyachts says the government are now seeking interest from the private sector for the establishment of the island’s first marina.

Samui caught the attention of international tourists in the early 1970s mainly backpackers who travelled by train to Surat Thani and crossed to the island by a daily ferry.

The airport opened in the 1980s and that prompted hundreds of family-run resorts to open, plus a golf course. In 2007 Four Seasons unveiled the first high-end villa resort.

Others followed including high-end hotels Le Méridien, the W Retreat, Conrad Koh Samui and in 2017 the Ritz Carlton.

“The construction of at least one luxury yacht marina on Samui in the near future is driving more interest from superyachts”, said Dwyer. He says the best season to visit of Gulf of Thailand island is March to September to avoid the rainy season, October to mid–December.

In addition to commercial airline services, Samui is now accessible by private jets chartered from VIP Jets, based in Bangkok.

Boracay – Last one out, turn the lights off