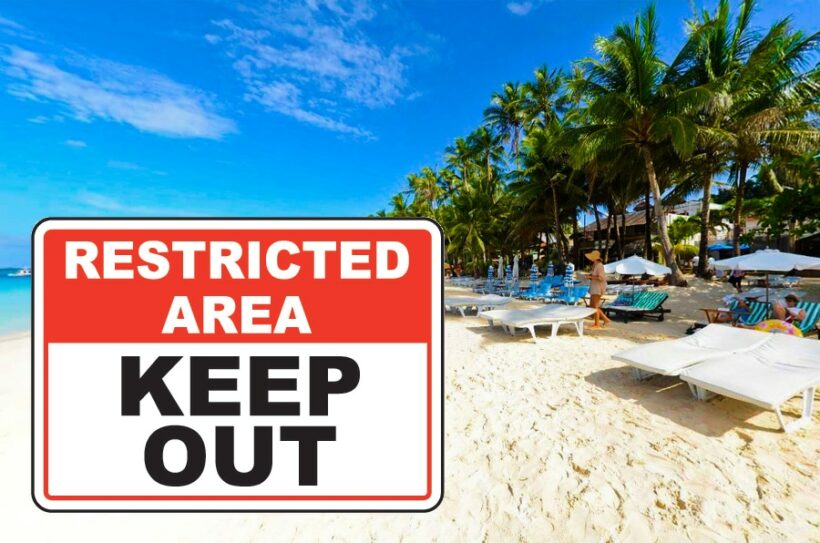 Philippines officials are sending in the troops to keep tourists off the island and deter potential protests as Boracay Island prepares for closure from April 26.

Philippine President Rodrigo Duterte has branded the tourist magnet island and its white-sand beach a “cesspool”. In a move that’s sent tour operators, hotel chains and locals into a panic, the island will be off limits from April 26 as proper sewage systems can be established and many of the illegal structures and encroachments can be torn down or removed.

The lockdown is being prepared to keep out foreign and local tourists for at least six months while the holiday resort gets a make-over and a much-needed rest from relentless and unsustainable tourism. 600 police are being deployed to maintain peace and order and deter any potential protests from locals that have been given less than a month to prepare for the half year hiatus.

Boracay residents will be obliged to carry new ID cards and will be banned from boating during the time. The only way in or out will be one small part so that officials can control the flow of goods onto the island during this time.

Businesses in the area are warning that the abrupt shutdown will lead to bankruptcies and job losses for many of the island’s 17,000 hotel, restaurant and other tourism workers, plus some 11,000 construction workers. They had proposed a phased rehabilitation of the island’s infrastructure.

The island drew 2 million visitors last year, earning the country more than a billion dollars in tourism revenue, according to official data. The threat of closure first emerged in February when Duterte accused Boracay’s businesses of dumping sewage directly into the island’s turquoise waters. Tourists and tour companies are not happy with the sudden decision and travelinsurance companies are being swamped with claims on lost holidays and cancelled bookings.

Another month, another surge in tourists to Thailand

Private investors being wooed over planned marina for Samui