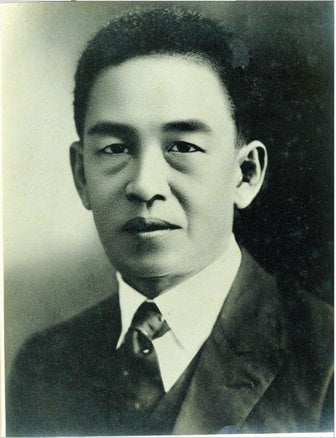 PHUKET: THE Hongyok family have one of Phuket’s most prominent and prestigious names. They have made their mark as a successful business family and established a strong presence in local politics. The Hongsyoks are indeed a big part of Phuket’s inspirational history.

Luang Anuphasphuketkarn is the member of the Hongyok family whose life story resonates the most. The local nobleman of Chinese descent was the son of Tan Chek Ut, a Hokkien Chinese immigrant who settled in Phang Nga province during the 19th century.

Luang Anuphas was born in November 1888 and given the Chinese name Tan Chin Guan. He was schooled at Wat Monkolnimitr, an important Buddhist temple in Phuket Town, during his early years and taught by the revered monk Wisutti Wongsajarnyarnmanee.

At 14 years old, Chin Guan was sent to China to study the Chinese language. When he returned, he took an active role in the family’s tin mining business, which at that time was managed by his brother Chin Hong.

In 1913, during the early reign of King Rama VI, the ‘Surname Act’ was passed, which mandated all Chinese immigrants in Siam to adopt Thai surnames. That same year, the king also passed a law that allowed Chinese immigrants to receive Thai citizenship.

Tan Chin Hong, who was the eldest in the family, chose to use the Thai surname ‘Hongyok’, which translates to ‘Phoenix’. Chin Guan, his younger brother, also used the new surname from then on.

After working with the family for some time, Chin Guan left to set up his own tin mining operation. In a joint venture with his friends, he purchased a high yielding opencast mine. However, he soon realized that the business would not provide the vast returns he had expected.

Chin Guan spent a lot of time researching different mining methods in order to improve efficiency. When he learned that a new mining method, known as gravel pumping, was becoming widely used in British Malaya, he traveled there to study the technique. Chin Guan then introduced the process of gravel pumping to his Phuket mine in 1927.

Still, this new technique did not yield the results he wanted. Undeterred by previous failures, Chin Guan began to tweak the gravel pumping system he had in operation. He replaced the reciprocating diesel engine that powered the pump with a generator that was commonly used on ships. The modification paid off, and in time it proved to be a cost saver.

Chin Guan decided to use the generators to build a new power station for his mine. He formally opened the refurbished mine in January 1930. The opening ceremony was presided over by Prince Paripatra Sukhumbhand, Prince of Nakhon Sawan. To commemorate the occasion, the prince named the mine ‘Muang Chaofa’, which in Thai means ‘prince’s mine’.

In 1931, in recognition of his charitable work, Prince Paripatra granted Tan Chin Guan the noble title of Luang Anuphas Phuketkarn.

Despite the successes of his mining businesses, Luang Anuphas was still determined to adopt better mining techniques and improve efficiency. He made frequent trips to Penang, which was one of the most advanced tin mining centers in the region during that period.

In 1938, as his Chaofa mine became more successful, he bought a dredger in order to mine tin offshore in Phang Nga Bay.

Luang Anuphas also tried his hand at a number of other related businesses. He established a smelting plant, a sawmill, a lumber mill, a rice mill and an ice plant to support his mining operations. He also established a brewery and several rubber and coconut plantations.

Up until the Second World War, nearly all of his businesses were proving highly successful and he had amassed a fortune for himself. In Malaya, many Chinese business people even called Luang Anuphas the ‘Lord of Tin’.

In 1939, he founded Anuphas & Sons and distributed the company’s shares to his wife and children. Today Anuphas & Sons has grown into a group of companies, operating petrol stations, real estate projects, several car dealerships and a golf course in Phuket. The company’s strong presence on the island is a tribute to its remarkable founder.

A renowned philanthropist, he performed extensive charitable work for Phuket’s poor and under privileged. He donated land for the construction of the Baan Suan Mapraw School in the Mai Khao sub-district in Phuket’s north. The school has since been renamed Hongyokbumrung School to honor its patron family.

Luang Anuphas had nine children, many of whom were notable figures in Phuket’s political scene. His eldest son, Wirat Hongyok was elected as president of the Phuket Provincial Council and later served as Mayor of Phuket Town. Wirat-Hongyok road in Phuket honors his name.

Lt Phummisak Hongyok, one of Luang Anuphas’ grandchildren, is also a well known businessman and politician. He served as the Mayor of Phuket Town and presided over its transition from ‘town’ to ‘city’ status.

In October 1962, Luang Anuphas Phuketkarn fell ill and passed away at the age of 74, leaving behind a large business empire and a legacy as one of Phuket’s most prominent historical figures.

Phuket’s Brush film fest a must