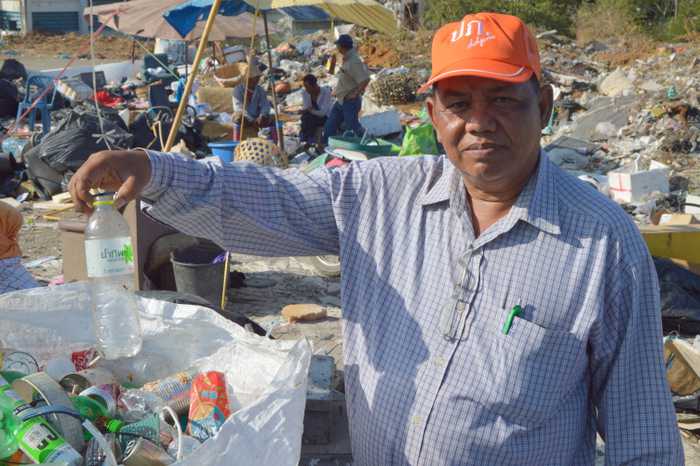 PHUKET: At a meeting held at the incinerator in Saphan Hin on October 16, more than 40 representatives gathered to discuss the issue of waste disposal and what type of promotional and educational programs could be implemented to make a positive contribution to recycling and to energy recovery.

One clear example already in place is a large notice on the double doors at the front of Jungceylon in
Patong that challenges both the shoppers and shopkeepers to refrain from using plastic bags.

This is an excellent example of a relatively easy and direct method of raising awareness in order to reach a goal of zero waste.

However, it is only a promotion and more action is needed.

Central Festival Phuket has pioneered an incentive scheme to discourage shoppers from using plastic bags, and some Tesco Lotus stores do not issue plastic bags to customers anymore – these are positive signs.

More than 800 tonnes of consumer waste is introduced to the island’s collection and disposal system daily, while some waste is discarded straight into the sea, canals or onto private property. Meanwhile, approximately 5-10 per cent is recycled and some wet waste from restaurants is sold for pig fodder; to fisheries; or is composted for organic farm use.

It is easy to expend energy on waste disposal, but a model developed by the Royal Melbourne Institute of Technology and the Centre for Education and Research in Environmental Strategies shows a hierarchy of waste options with disposal being the least preferred.

Prevention is the key to success. This is why the promotion and action of the big stores – and the little ones – is so important. If we can reduce or eliminate, the use of plastics, then we can make a contribution.

A zero-waste project being developed in schools using this model will adopt the theme “reduce, recycle and re-use (compost)”. In Kathu the amount of waste per student per day is 1.6kg. If a target reduction of 50 per cent were set, followed by the engagement of the students, teachers and parents in the project, a measurable impact on waste reduction could be achieved.

Well-being: Phuket expert shows how to ‘unwind from the core’