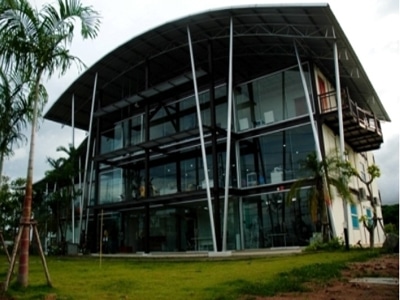 October 7. “Google Application for an organization”, by Phikun Programming. Thai presentation with Thai slides, no translation.

Well-known bakery owner and Windows expert Woody Leonhard had the following to say about last Thursday’s session by Phuket School:

“I attended the meeting last night, about Facebook, and it was very useful. So useful that we now have a new Facebook page for the bakery.”

In other IT news, the Software Industry Promotion Agency (SIPA) has announced it will host the 2010 gathering of the Asian Software Alliance 2010 at the Merlin Beach Resort in Patong on October 7 and 8.

Some 200 software industry experts and programmers are expected to attend the important networking event, which will feature exhibitions of Google’s Android and Apple’s iPhone technology.

PHUKET NIPPLE ALERT: Staying abreast of nude on our beaches