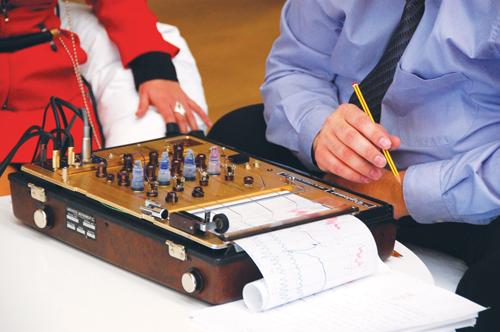 PHUKET: Over the years we’ve had a lot of ups and downs with the Phuket Internet Speed reporting site, phuketinternetspeed.com. We’ve gathered 30,000 speed tests from around the island, from almost 900 computer users, covering nearly 100 different internet packages. That makes Phuket Internet Speed, by far, as best I know, the largest community-based independent speed reporting site on the internet.

Many people in Phuket now use torrents to download movies, music, and other files that they just can’t get in Thailand. Torrents employ multiple streams, frequently to different countries – they pull pieces of a file from any available resource, then re-assemble the file once the pieces have been downloaded. If somebody who’s broadcasting a torrent is located in Thailand, chances are good you’ll be pulling some parts of the file from inside Thailand.

Browsers are getting good enough to pull down some files in multiple threads. Single threading is still the most common way of getting files, at least to a first approximation, but multiple threading download managers are becoming much more common.

All of the Internet Service Providers (ISPs) in Phuket now cache sites so, for example, if you think you’re watching a direct feed of the Rugby World Cup, you aren’t: the ISP brings one copy of the live feed of the Rugby World Cup to Bangkok, and the feed that goes out to subscribers in Thailand actually originates in Bangkok, delayed by just a fraction of a second. It’s so fast that you wouldn’t notice, but the caching approach saves the ISPs a huge amount of (expensive!) bandwidth outside the country. The caching is automatic, part of a software package the ISP buys, and generally works well.

Many of the major websites now have servers mirrored in Singapore, and the web site owners pay for dedicated fast lines from Bangkok to Singapore. So if you check your Gmail (from Google) or play a YouTube video (also from Google), you aren’t actually hopping to a server in the US or Europe. Your connection actually goes to Bangkok, then Singapore over a very fast (and usually reliable) dedicated line. Bottom line: if you’re working on a Microsoft, Google, Amazon, or Akamai website, your domestic inside-Thailand speed is very close to the speed you’ll see on-screen. The balancing on the back end – where your Gmail mail, say, gets synced with backup copies all over the world – happens internationally at the blink of an eye. Perhaps a leisurely blink, but it’s so fast you’ll never notice.

Over the years, international download speeds have become less significant. They’re primarily a concern when you’re going to websites that don’t have many viewers inside Thailand, or when you’re downloading files that aren’t very popular in Thailand. At the same time, domestic download speeds have become more important, because they frequently reflect what you actually experience.

Unfortunately the speed tests offered by ISPs (primarily based on an engine built by a company named OOKLA, such as speedtest.net) are hard-wired to give you the fastest possible result, with little compensation for reality.

The Phuket Internet Speed reporting site has drawn interest from many different organizations, most notably Google, which has an ongoing effort to improve internet access across the globe.

Some of the interest we’ve drawn, though, hasn’t been good. Starting in October last year, two of Phuket’s ISPs started cheating on the test regime we were using. All of Phuket’s ISPs “throttle” international access – with very rare exceptions, they intentionally slow down any attempt by customers to go outside of Thailand. The cheating ISPs found a way to “poke a hole” through the speed throttling, when customers were going to the specific websites that we used for the speed test. As a result, speed tests that Phuket people have posted since October need to be examined with a grain of salt.

It took a couple of months, but we finally discovered that the ISPs were cheating on all of the test sites, except one – the one in Parsippany, New Jersey. Heaven only knows why they missed Parsippany, but at least as of this writing, our old test regime still gives valid results when run to Parsippany.

That said, I’ve switched internet speed testing site to testmy.net for my own personal use, and I suggest you do the same. None of the ISPs are cheating on this site – in fact, it isn’t clear if they ‘can’ cheat in the same way, because the location of the test seems to change. Which suits our needs perfectly.

The site has an additional advantage: it will run automatic, periodic speed tests, then gather and display the results. That helps me keep track of when my line is working well, and when it goes to the dogs.

Here’s how to set up automatic testing on testmy.net:

3) Up at the top, click on the link that says Server Selection (it’s in a nearly illegible blue). Choose one of the offered servers. I use the one in Dallas, but you may prefer one of the others. Testmy.net will remember your choice. Once again, click Auto Test.

4) Select the button marked ‘Combined’. On the right, you can run the test as many times as you like – I typically run it every hour, for 100 times (or four days). (Note: if you’re running on a 3G line, you probably don’t want to burn through your data allowance by running a lot of tests.) Click the button marked ‘Min Download Size’ and choose a good-sized test regimen – I usually run 3 MB. Similarly, click the Min Upload Size button and pick a significant test – I use 1 MB.

5) Click the button marked ‘Start Automatic Test’. The test runs immediately, and you see the result.

6) Don’t do anything. As long as your browser is running, and it has a tab open to the testmy.net site, the testmy.net program will run tests for as long as you’ve specified. If you click on Your Results in the upper right, then choose your login name, you’ll see a graph like the one in the screen shot on this page.

7) From time to time, drop by phuketinternetspeed.com and post some of your results! That’s the easiest way to see what other people are experiencing.

We’re moving the Sandwich Shoppe – Patong to Kathu in the next few weeks, and starting a new Sandwich Shoppe Express in Kata in the coming months. Stay tuned for more info about our new locations, and computer gatherings, as events unfold.

Phuket Gardening: Sol o sombra? A seat in the sun