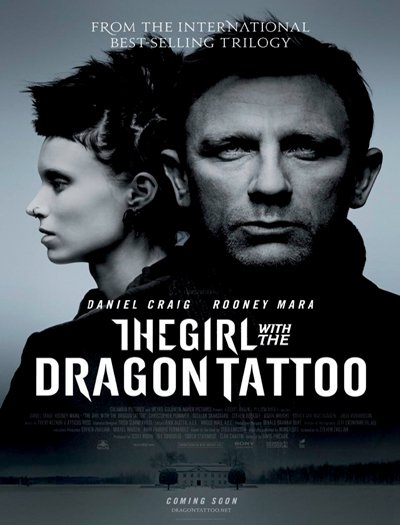 PHUKET: The Millennium Trilogy has been a publishing sensation, selling millions of books and was adapted into film in its native Sweden in 2009.

The original film adaptation was one of the most successful Swedish films ever made. Now Hollywood has made its own English-language adaptation with David Fincher (Fight Club, Seven, The Social Network) directing.

Based on the Swedish novel by Stieg Larsson the story follows a disgraced journalist, Mikael Blomkvist (Daniel Craig), as he investigates the disappearance of a wealthy patriarch’s niece over 40 years ago. He is aided by the pierced, tattooed, punk computer hacker named Lisbeth Salander (Rooney Mara). As they work together in the investigation, Blomkvist and Salander uncover immense corruption beyond anything they have ever imagined.

The story of uncovering layer after layer of a serial case is told flawlessly by Fincher along with excellent cinematography that adds to the cold, bleakness of the story. Despite the bleakness, Rooney Mara’s performance does shine through as exceptional. She brings total passion, fear and strength as she struggles with her own demons of social flaws and insanity to solve this horrifying case of a WWII serial massacre. Daniel Craig also puts in a fine performance and though normally cast as the tough hero, Craig is more subdued here.

The Girl with the Dragon Tattoo is not a feel-good film, by any means. It is a harsh, gritty, and a rough cinema trip that answers the question whether or not to leave the kids at home with the babysitter. Also, if you’re squeamish, you will not like it. However, those who have read the book, and even those who have not read it, should check it out and then maybe read the book.

The Swedish movie was good, but this version possesses more polish and style and is even better.