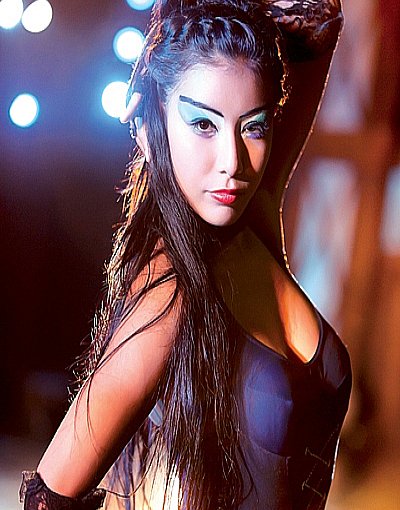 PHUKET: When I was asked to review a new production on Soi Bangla, I was a little nervous as I have yet to learn how to gracefully fend off the many invitations from very lovely and much younger Thai ladies (or ladyboys) who suggest I spend a few hours in their company.

What a surprise then when I approached the stairs to Genesis, to find the production team from Danze Fantasy, who are well known in entertainment circles as one of the world’s leading producers of musical and stage performances.

I’ve seen their shows in the Genting Highlands in Malaysia and on Sentosa Island. I’ve heard about their productions on cruise ships such as Star Cruises that ply the waters around Asia. And now they have brought one of their very professional and entertaining shows to Patong.

“We love visiting Phuket and have always wanted to launch a show here,” says Ben Russell, the dynamic young Danze Fantasy producer. “We decided to go where the people are looking for entertainment and you can’t get a better location than Soi Bangla.”

The theater is set upstairs in the newly renovated Promenade Shopping Plaza across from JungCeylon. The space is intimate but the stage is large enough for the company’s eight dancers and the sizable machinery used in the magic acts.

The 80 minute show features Joe Labero, who, in magic circles, is a major super-star. In 2009, he received the Illusionist of the Decade award at the Magic World Cup in Beijing, an honor also given to David Copperfield in earlier years.

Labero has toured the world with Danze Fantasy since 1996, performing from Monte Carlo to Australia, but spends much of his time setting up his own productions in his native Sweden. He is joined by a talented cast of professional dancers from Europe, England or America who wear costumes and make-up to add to the show’s Gothic sense of drama. Another highlight of the Genesis production are the juggling talents of Romano Frediani who is an eighth generation Italian circus performer.

Lindy Russell is the troupe’s artistic director. She has had an impressive career, first as a dancer in musical theater in London’s West End and later when she turned her talents to choreography and creating her own shows that have toured around Europe. In 1980, she brought her first production to Asia where she met her partner and collaborator, John Eramanis, who added special effects and magic to the Danze Fantasy productions.

Over the past thirty years, they have mounted magic and dance spectaculars around Europe, Australia and Asia.

“We have an international team. Our costume designer works out of Las Vegas and our choreographer is based in New York. When we decide to build a new production, I gather our team in our London offices where we have a great time designing the show,” explains Lindy. “We also hold our auditions for dancers who arrive from around Europe and America hoping for a place in our production.”

Genesis is an absolutely world class production of magic and illusion, well worth the effort to spend a fun evening on Soi Bangla, Patong.

Special Report: Caring for the unknown dead of Phuket

Phuket Lifestyle: No reservations – the life of a hotel English teacher