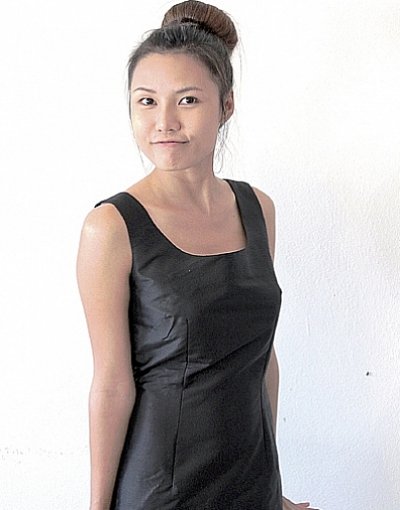 PHUKET: Fashion can seem like an enigma, its true meaning obscured by smoke and mirrors; a touch of sparkle here, a well established line there, and you’ve made the dress of the season – though no one quite knows how.

What is trendy today is later passé and might be the trend again someday – 30 years down the road.

But behind the curtain that hides this high-stakes industry is the hard work and effort required to produce quality clothing. This effort can be compounded when working in a country like Thailand. There are differing sizes amongst nations, perceptions of consumers, and standards to consider.

Enter Templeton Dean. Templeton, 39, lives in Rawai. He graduated with honors from the University of The Arts, London, where he studied fashion. He has constructed garments for stars, royalty and the European elite.

“Before my degree in fashion promotion, I took a full course in pattern cutting and garment construction, and that’s where I learned my trade,” recalls Templeton. “I went on to do many internships with fashion houses, mainly working with Vivienne Westwood. Through those internships I learned a tremendous amount, and they took me all over Europe.

Templeton is what fashionistas call a “constructionist”.

“Constructionists have a code of ethics, which is, we don’t adorn garments,” he says. “The seams, which are the essential cut, give the garment it’s shape. So, we won’t be putting chintz on the garment. For us, it’s all about using seams as subliminal psychology in order to trick the eye to move around the body.”

Templeton has a passion for sewing and sewing machines and, in the past, has been a
demonstrator to British and American television audiences on the QVC channel.

“After working with several sewing machine companies, I started thinking that we don’t know enough about the limits of fabrics, the choices we have with machines and what they can do,” says Templeton.

Residing in Thailand for the past two years, Templeton has turned his attention towards Thai silk. He says he wants to re-popularize the fabric – noting that Thai silk is unlike any other. Produced all year round, from a blend of two moth species and the use of natural dyes, Thai silk has a unique luster, as well as being stronger and lighter than other types.

“Thai Silk is woven to a very high standard, people just need to know what to do with it, and what it can do.”

Templeton says that larger countries in Asia are making tremendous strides in cornering the women’s apparel industry. He would like to help Thailand keep, and increase, its market share by starting a school to help better educate the Thai workforce in Western methods of manufacturing. After educating a workforce he hopes to open a factory to put his students to work.

Templeton is currently seeking serious investors in these endeavors.

Templeton’s latest project is called “3 Days with Silk”, which is a seminar on how to make a silk dress, to be held at his workshop in Rawai, July 6-8.

Each participant will take home a silk dress worth more than the cost of the class and a wealth of knowledge. Follow-up classes in other aspects of dressmaking will also be available.