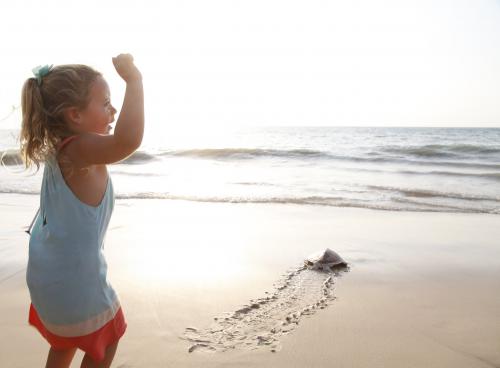 The turtles were released at sunset into the warm waters of the Andaman Sea, on the Angsana Laguna Phuket beachfront, to begin their lifetime ocean odysseys.

Over 500 donors and spectators were all smiles as they rooted for the tiny turtles embarking on their momentous journey.

This year’s event raised over 200,000 baht from turtle ticket sales and other activities, including a raffle, to be put towards ongoing sea turtle conservation programs and the renovation of turtle pools at Phuket Marine Biological Center.

In previous years, Laguna Phuket used funds raised to sponsor four satellite tracking devices for juvenile sea turtles as well as to reconstruct a roof structure for the disabled turtle shelter at Phuket Marine Biological Center, all aiming to enhance the efficiency of sea turtle conservation in Phuket.

Green sea turtles (Chelonia mydas) can live for up to 60 years and spend their lives roaming the world’s oceans. Only the females come ashore after birth, to nest.

Stay tuned for the Gazette’s full feature story about the sea turtle release.