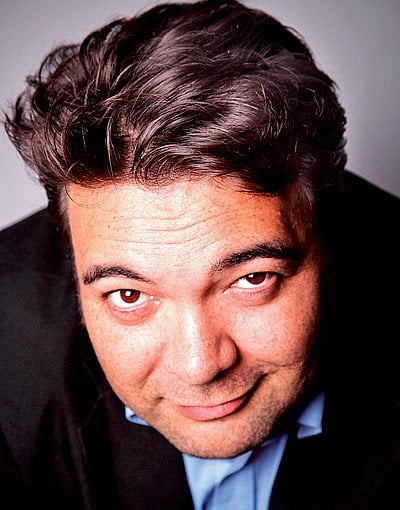 PHUKET: An Englishman, an Irishman and a Kiwi walk into a hotel… well, they will do on October 19 for the Punchline Comedy night at the Holiday Inn Resort, Patong Beach, Phuket.

After a four month break, the kings of Phuket comedy return with a truly international show with the three gifted funny men coming from Ireland, New Zealand, and England. Englishman Gorden Southern, Irishman Ian Coppinger (click here to see Ian at the Montreal ‘Just For Laughs’ Comedy Festival), and Kiwi Andre King all currently ply their comedy trade on the UK Comedy Circuit – said to be the best in the world – but are taking some time out to come and give the good people of Phuket a good chuckle.

Andre King is a third generation entertainer and for the last decade he has been stamping his mark on the NZ comedy circuit. He presents a mix of razor sharp improvisation with well-crafted humor which never fails to generate laughs, but this is simply a ruse. A vocal method of audience endearment, his true gift lies in his charming affable persona.

Having achieved everything a comic could in his home country, Andre is embarking on a tour of the world, a journey that he expects to finish sometime in 2013 after tackling the Canadian Fringe and American comedy circuits.

Breaking convention is one of Andre’s hallmarks. He’s one of the few colonial comics who have made the journey and been engaged immediately in headline spots at a number of satellite shows and clubs around England. A remarkable feat considering the number of acts to choose from, many of whom are already “named” acts in their own right.

One of Ireland’s busiest comedians, Ian Coppinger has performed to packed houses on four continents, including yearly appearances at the Kilkenny “Cat Laughs” comedy festival, the Edinburgh Festival, the Adelaide Festival and the Melbourne International Comedy Festival.

Ian has improvised with the popular Second City from Chicago, Whose Line Is It Anyway, The Comedy Store Players and Theatresports. He also shares two hit radio shows on RTE with The Comedy Improv Radio Show.

With 16 years of comedy experience Gordon Southern regularly plays to sell-out audiences in the UK and International circuits. He spends at least two months every year performing in Australia. His upbeat and energetic delivery, combined with his fantastically funny observational comedy and quick witted improvisation, has secured his place as an audience favorite.

An award- winning writer with critical acclaim, Southern has written for some of the most memorable comedy shows of the last decade. He’s worked in many exotic and challenging places, including Afghanistan, The Arabian Desert, the Falkland Islands, Kosovo and Liverpool.

The Phuket Gazette is a charter sponsor of the Phuket Comedy Club.