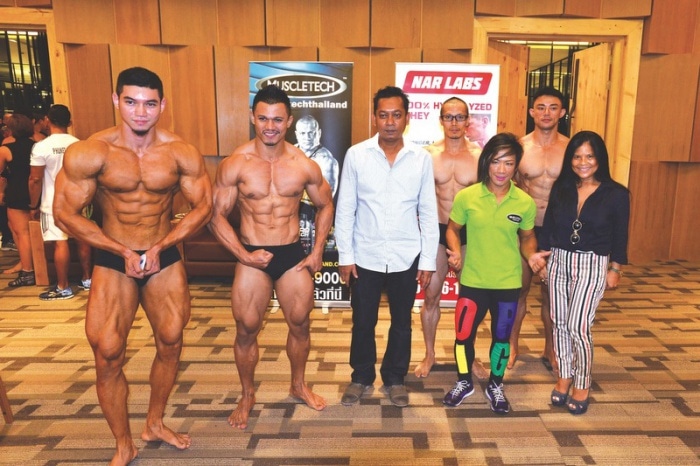 PHUKET: The annual Phuket Classic Bodybuilding event is ready to begin on Sunday, November 8 at Central Festival Phuket, with popular former governor Maitri Inthusut set to open the proceedings. It will be conducted under the watchful eye of the World Bodybuilding and Physique Sports Federation.

“It is a competition that aims to promote a healthy lifestyle amongst participants and spectators,” says organizer and world female champion Wilaiporn Wannaklang, president and founder of the Phuket Bodybuilding Club.

“I came to Phuket three years ago with a dream,” stated Ms Wilaiporn. “I could not achieve it alone but managed to convince some very kind people who believed in what I was trying to do. With their help I was determined to succeed.”

In its inaugural year, the Phuket Classic was presented with a handful of contestants and amounted to little more than a display for Central Festival’s shoppers, but it was a trial run for greater things to come.

“The assistance of sponsors, such as Muscletech Thailand, The Vijitt Resort Phuket, Central Festival Phuket, Naiharn Gym and Smart Gym, helped us a lot,” said Ms Wilaiporn, “and the Dara Hotel was invaluable with its generosity and assistance in accommodating both athletes and officials.”

Ms Wilaiporn has definitely succeeded and shows every sign of continuing to do so. With improved publicity and organization, the event has gleaned greater interest both within Thailand and internationally.

“Nobody anticipated the overwhelming interest generated by this event,” notes a Central Festival staff member.

Bodybuilding had brought Ms Wilaiporn a sense of discipline and self-worth. It had changed her life and affected her outlook. Her previous lack of focus and direction in life had sharpened and been given purpose. It is the gratitude she feels for this opportunity which drives her efforts to give back to the community what she has learned and from which she has benefited.

“To me, the Phuket Classic is more than just a sporting event which provides opportunities for those aspiring to be recognized as champions. It is a target for those who are on a journey of altering their lifestyle for the better,” Ms Wilaiporn says. “To reach competition status means that you have adjusted your life to such an extent that you are proud of your achievements. While winning a prize can be good, pride in achieving a better way of life can be more satisfying.”

Aussie navigates through haze to paddle against child abuse