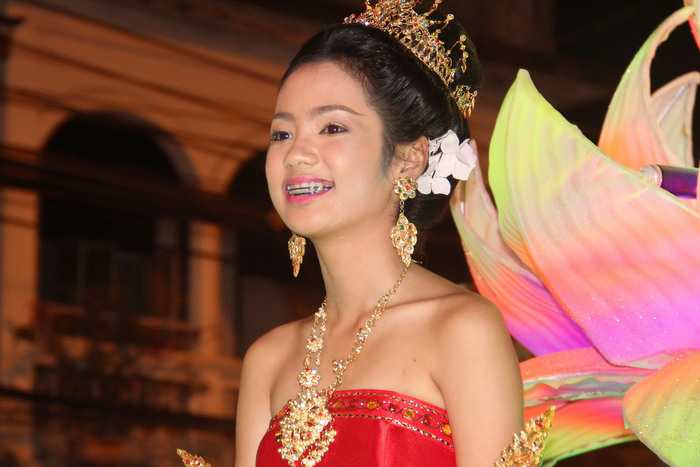 Students from Phuket City Municipality, dressed to the nines in traditional Thai garb, paraded to Saphan Hin, where festival-goers had gathered to release their krathong into the water.

Phuket Governor Nisit Jansomwong and Phuket City Mayor Somjai Suwansupana were among the crowds of celebrants in attendance.

“The festival began in the Sukhothai Kingdom, hundreds of years ago. We will carry on with this traditional, beautiful festival as it has great meaning to us,” said Mayor Somjai.

“It is very important to worship the water and the river. We should not forget where we came from.”

Firecrackers and fragrances: Brilliant colors and strong scents hold their own in any Phuket garden

Phuket Health: Is OJ a murderer?