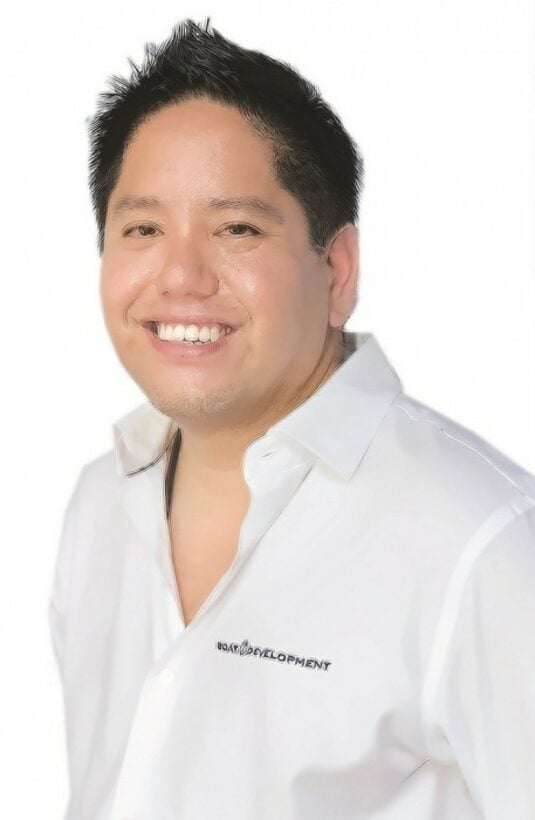 PHUKET: Born to one of Phuket’s wealthiest families, yet successfully cruising ahead in new business directions, is none other than Boon Yongsakul, the brains and muscle behind the success of the Boat Avenue Community Mall, along with some very well-received housing projects.

His grandfather, a Hokkien Chinese migrant who came to Phuket, laid the foundation for the Yongsakul family’s business ascendancy through the tin-mining industry.

Entering the family business after earning a bachelor’s degree in civil engineering from Canterbury University in New Zealand and a master’s degree from Sasin Chulalongkorn University, Mr Boon had a lot of opportunities and great ideas about how to move ahead.

Prior to developing the ever-so-popular Boat Avenue Community Mall, he moved to convert the family’s Phuket Shopping Center, which was built in 1981 and had installed the island’s first escalator, to Phuket Center Apartments.

After that, he turned his attention to the Boat Lagoon, which he felt could be much more than just a marina berthing and servicing boats.

“We built our village with the vision that it should be similar to Sydney.

Mention Sydney to anyone and they immediately think of Darling Harbor and the Opera House with berths, al fresco dining and shopping,” Mr Boon said.

After reviewing the family’s Phuket Boat Lagoon Company, Mr Boon moved on to set up his own subsidiary, Boat Development Company, to specifically develop property, which he has done successfully with a few boutique residential estates behind the popular SuperCheap supermarket.
“We opted for a boutique size, no more than 100 houses, so that there is a feeling of coziness and privacy with all the residents knowing each other,” he said.

“We also developed Boat Plaza Community Mall, also behind SuperCheap, aimed at being a sports hub for local Thai people.”

However, it is his newest business brainchild that makes his eyes sparkle.

Boat Avenue, which he explained was developed on a plot of land purchased from the mother company, was inspired while he lived in New Zealand.

“We built shophouses and put a container mall in one corner and it looks very colorful. We got lucky when Villa supermarket contacted us to open an outlet here, and this has turned into its best revenue earner in Thailand,” said Mr Boon.

“Boat Avenue is quite a high-end community mall and aside from shops and doctors, there are a variety of restaurants serving Japanese, Thai, Western, Indian, Mexican and Chinese food, along with various cafes, bars and bistros.”

Having accomplished so much in a relatively short amount of time, one wonders whether
Mr Boon enjoys what he does. He mentioned that it is both exciting and challenging to be doing something continuously.

“I love challenges. They help me perform better.

I think we should constantly develop ourselves and not cease doing so. My personal concept is to constantly change and move with the world.”

Up in the air: Bangkok Airways flies to Hat Yai