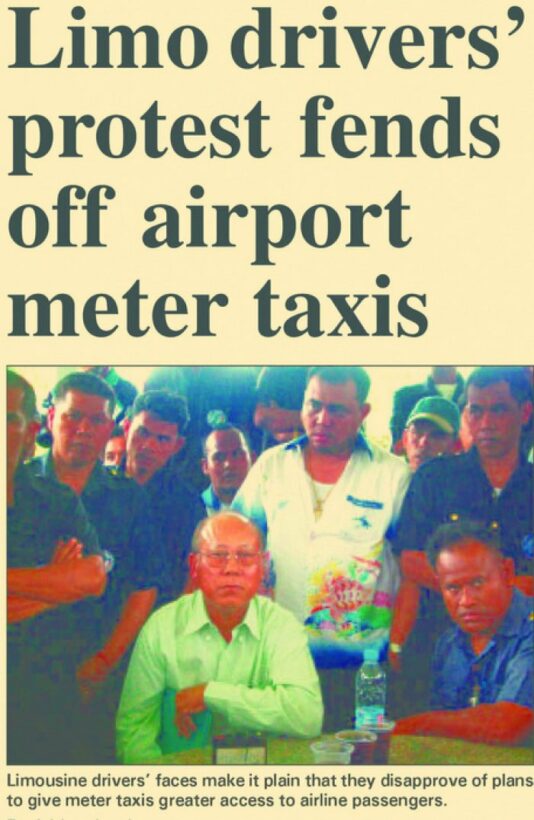 PHUKET: More than seven months after the devastation of the tsunami tore apart communities along the Andaman coast and swept away entire villages in Indonesia, Thailand’s National
Disaster Warning Center (NDWC) issued a tsunami warning.

An earthquake measuring 7.3 on the Richter scale had struck the Andaman and Nicobar Islands, only 664 kilometers from Phuket, but no tsunami rose from the ocean.

However, the warning was hailed as a 90-per-cent success.

What was the 10 per cent failure? It turned out to be issues with sending out mobile phone alerts.
This is certainly something that has been tackled within the last 10 years, as everyone and their newborn now seems to be plugged into his or her smartphone, with applications for everything from calorie tracking, to playing games like Candy Crush.

Sadly, as of December last year, the NDWC application written in Thai remained only in Thai
language despite having been up and running since December 2012.

Most know Millionaire’s Mile in Kamala, named long before the tsunami struck. However, the tsunami tore Kamala in half, and in the July 30, 2005 issue of the Gazette, the stretch of road at close to sea lovel was unofficially re-named ‘Death Row’, as piles of debris and rubble were strewn along the Kamala beachfront.

Whether it was due to the story’s call for action from the local government, or just the passing of time, ‘Death Row’ was not a name that stuck – and most of the island’s newer expats have always known it as ‘Millionaire’s Mile’.

However, the real shocker in the July 30 issue was a story of just 200 words or so, sitting at the bottom of page three: Number of ‘ya bah’ arrests ‘increasing’.

That is not a surprise, given that the island is now knee deep in ya bah (methamphetamine).

So, what was the news?

Previously, Phuket City Police were catching people with only a handful of meth pills. However, come 2005, they were arresting people with 100 pills or more.

On June 16, in fact, 220 pills were seized in two cases. I am sure the police would have been beside themselves if they knew that in 10 years’ time they would be confiscating thousands of pills in single raids.

Just last week, two men were charged for moving 25,000 ya bah pills in Phang Nga to pay off a gambling debt.

The July 30, 2005 issue also touched on another a problem that continues to plague the island: taxi drivers.

The airport ‘limo’ drivers successfully fended off efforts to set up a meter-taxi counter at the airport… you don’t have to be an old dog on the island to know how this story ends up.

Then again, even after the National Council for Peace and Order swept the island free of illegal taxi drivers, we still don’t really know what’s going to happen in the future.

Let’s wait and see where the government’s latest move, supporting GrabTaxi, leaves us.