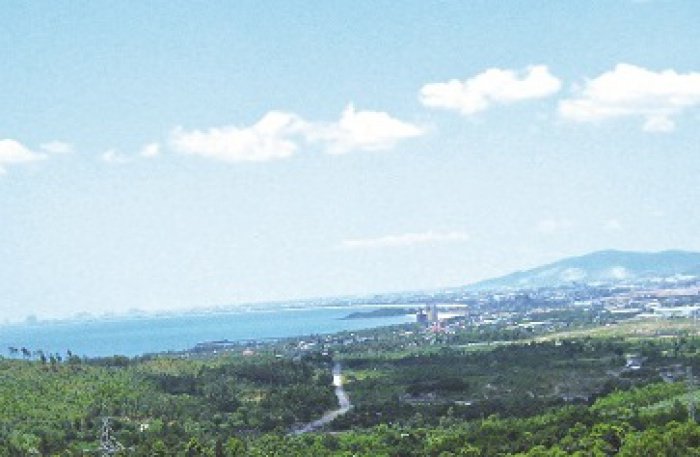 PHUKET: A few weeks ago I found myself, once again, on the central coast of Vietnam in Danang.
Over the past decade, the city has undergone a massive transformation and despite the old school charm of tree-lined avenues and the penultimate buzz of Asian-flavored street life, towering skyscrapers are starting to dot the horizon.

My first journey to Vietnam was when I lived and worked in Ho Chi Minh City and eventually found myself stationed in Hue, where, at the time, just a handful of foreigners lived.

Much of the early development of Vietnam’s third main city was initially focused on China Beach and the long sandy stretch of land leading to historic Hoi An. Indochina Capital was a pioneer with the Nam Hai and later followed the Furama.

In the 1990s, it was bolstered by private equity funding and overseas capital from markets such as Hong Kong, but despite an early buzz, the market failed to launch into a mainstream trade in real estate.

Things did change in the new millennium, and suddenly, apart from the transformation in the China Beach area with leisure-oriented property, a golf course and sprawling resorts, a renewed focus was on Danang City. Vina Capital spawned apartments, office space and an urbanization kick got under way.

Again, the global financial crisis (GFC) came into play, though one project that sold successfully was the Hyatt Regency residences.

Elsewhere, early investors were unable to exit on what they had thought would be high capital appreciation rates, and the market floundered.

Post GFC, the city-centric footprint has undergone the most development with an airport upgrade, the entry of hyperrmarts and new towers soaring in the center of Danang.

Tourism remained a growth market, but key investment came from the private sector and a leading component was the waterfront strip of the city, which has received the most attention from entities such as the Sun Group.

Gaming of course exists in Vietnam, but only for foreigners, and a large complex on China Beach continues to attract what is mainly a Chinese market.

In nearby Hue, just over the Hai Van pass, the Banyan Tree group has been developing the destination resort Laguna Lang Co, modeled after their signature Phuket icon.

Visas continue to be the bane of hotel groups, though a limited initiative for visa-free travel for a few countries will come into effect in July. This is expected to increase the tourism market and stimulate growth. There is one condition, though, and that is it is a one-year initiative. Effectively, the country is dipping its toes in the water before diving into the larger pond.

For property investors, this July also brings about broader reforms under the Law for Residential Housing regime.

A 50-year extension of ownership will be introduced along with foreign thresholds in apartment projects of 30% of units, and for landed houses at 10%. That said, even as there are limitations on projects in certain areas and some restrictions will apply, for a party-led government the movement into the free market is a massive change.

Bill Barnett is Managing Director of C9 Hotelworks (c9hotelworks.com), a Phuket-based hotel and property consulting firm. His blog (thephuketinsider.com) is the source of all hotel and real estate news within Greater Phuket.

By the book: Not all doom and gloom on Phuket

Chinese funds trickle down to Phuket