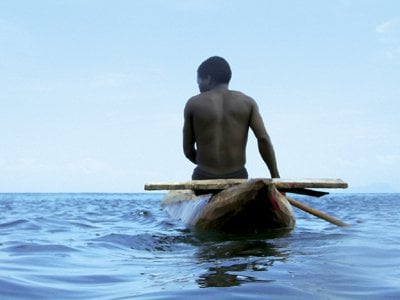 PHUKET: What to make of Paul Theroux? He has written 19 novels and 15 travel books. His traveling persona and fictional characters both share a certain mean-spirited crustiness.

But, his latest novel The Lower River (Houghton Mifflin Harcourt, Boston, New York, 2012, 323pp) is written close to the heart. Like Paul Theroux, the narrator Ellis Hock had been a Peace Corps volunteer in Malawi at the time of independence. Hock ditches the family clothing store in Medford, Massachusetts, along with his wife and daughter, and returns to the village of Malabo, for the first time in 40 years. Here he had spent the happiest four years of his life. What is Malabo like now?

The book is also informed by Theroux’s epic travel book of 2002, Dark Star Safari, an overland trek from Cairo to Capetown. A consistent nemesis of his travels are the white Non-Governmental Organization (NGO) workers, riding around in their air-conditioned Land Rovers, who never offer him the slightest bit of courtesy. He distills his hatred of these outside interlopers in the fictional aid organization Agence Anonyme, a sinister outfit of military precision with helicopters and walled compounds, which dominates the Lower River region in the south of Malawi, where the Sena tribe ekes out an existence of near starvation.

It must be said straight up that The Lower River contains some of Theroux’s best prose: the sights, sounds and smells of Africa. “He recognized the flattened landscape at once, a kind of disorder even in the trees and the tall grass, and an order of dust and smoke. It had been different from anything he’d known, not beautiful, too flat and featureless to photograph, but powerful, his first experience of the world, ancient in its simplicities.”

Hock finds the 30 huts of Malabo sadly shrunken, the school he had helped build gone to ruin, the destroyed dispensary occupied by an itinerant Witch Doctor, the church gone to ruin too and the Italian missionary priest long vanished. People suffer from the lassitude of hunger and despair. Feral children, AIDS orphans, run in packs. The exuberance of independence has long subsided into sullen cynicism. The villagers had once entranced Hock with their dignity and innocence and gentleness. “All that had vanished, and what was worse, not even a memory of it remained. They weren’t corrupt now; they were changed, disillusioned, shabby, lazy, dependent, blaming, selfish; they were like most people.”

Hock’s own generation has largely died out. The old chief’s grandson, Manyenga, now rules in his place, systemically cadging money from Hock while keeping him in a lethargic prison of inertia.

“Time, too, was retarded or else crazed, circular, inverted, as it might be in deep space, in one of those black holes into which the science fiction writers trucked their voyagers. Hock could not remember when he had arrived.”

Keeping vigil with him on the porch of his hut is Snowdon, a demented dwarf, and the illiterate teenager Zizi who cares for his daily needs.

“In the tall, fixed, vigilant way she stood when she was idle, Zizi reminded him of a water bird, head erect, her arms tucked like wings, one skinny leg lifted and crooked against the other, like the elder sister of those stately herons at the edge of the Dinde marsh, the thin upright birds planted in the mud on big feet.”

Zizi is the granddaughter of Gala, the thin, bright-eyed fellow teacher whom he had loved in the old days. Now old, obese and broken in health, Gala warns him to get out of Malabo: “Once they have eaten your money, they will eat you.”

Hock makes his escape down river toward Mozambique only to fall captive again to a strange village of AIDS orphans, sustained by flights of the food supply helicopter of Agence Anonyme. Hock comes face to face with the first white people he’s seen in months, only to be ignored. He winds up back in Malabo.

The novel stretches out too long in the same eerie stasis. The pages could be shorter and the pace quicker, but the climax is swift and full of surprises. Theroux has delivered a heartbreaking portrait of modern Africa as well as a damned good read.

The book is available from amazon.com or by ordering through all good bookshops in Phuket.

Phuket Environment: Jellyfish are back in the spotlight

Phuket Gardening: Having it both ways