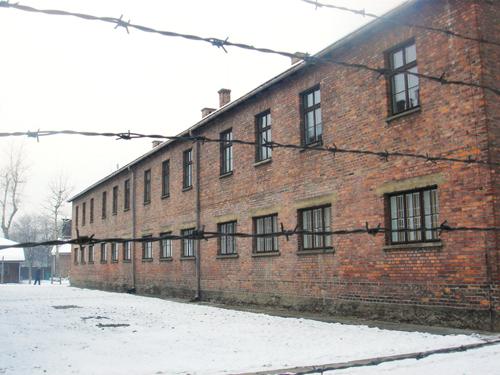 PHUKET: Dr Gwendolyn Chabrier’s novel Behind the Barbed Wire (Orchid Press, Hong Kong, 2011, 203pp) is about the Holocaust. It is not true to say that bookshelves groan under the weight of books written about the Holocaust – whole libraries do.

Amazon lists more than 5,000 titles on the subject. In comparison, the many more millions of Russians and Chinese who were killed by Stalin and Mao have passed away in relative silence. One nice thing about Behind the Barbed Wire is that it doesn’t lend much weight, only 203 pages, to the overload.

The book purports to be a conversation between Mr George Schwabe, a Latvian Holocaust survivor, and his shrink. The narrative is adorned with footnotes and a seven-page bibliography dedicated to the 70,000 Latvian Jews who lost their lives in the Holocaust. The book does not read as a work of fiction. There is almost no characterization, no dialogue, no drama, no humor – just page-long paragraphs of wordy exposition that lumber on endlessly. The prose is fussy, formal and dull.

One thing that Dr Chabrier is very good at is description. The food and furnishings of the narrator’s bar mitzvah in pre-war Riga are meticulously detailed. Riga was a cosmopolitan city of Latvians, Russian, Germans and Jews, each with their own social and sporting clubs. This introductory section plays to Dr Chabrier’s strengths of academic research and legwork.

George Schwabe’s parents are journalists. While he is raised in his mother’s Jewish religion, his father is a German gentile, a family friend of Joseph Goebbels, the Nazi propaganda chief. The second section veers into Germany and is determined to demonstrate in plodding academic prose for 45 interminable pages that Adolf Hitler was a very bad man. I think we all know that. Again, the descriptions of Nazi
rallies and the celebrations around the 1936 Olympic Games in Berlin are lavish.

The rest of the story follows a familiar downward arc as the Nazis take over Latvia. George Schwabe is thirteen at the time. Shops and synagogues are destroyed. Jews are forced to wear yellow stars and herded into ghettos. Then they are shipped off to concentration camps. Schwabe and his family are first housed in the Kaiserwald labor camp and then the Stutthop extermination camp. Schwabe has a mother, a brother, a sister and a girlfriend. Who will die and who will survive? The deaths are recorded mechanically, with a curious lack of emotion.

The father, meanwhile, has been repatriated to Germany. “Initially, he was arrested by the Germans, who suspected him of spying against them, but was finally released,” Schwabe reports.

“Then, after his second arrest, under torture, father admitted to work as a foreign agent of the CIA. We learned that he had been hung in the beginning of 1945, with the benediction of his friend, Goebbels.”

This is an impressive achievement since the CIA was not founded until 1947. The details of the camps are familiar: the three-tiered bunks, three to a bed, the sadistic kapos or barracks chiefs, often long-term hardened criminals, the meager meals of soup and bread, the endless roll calls and casual beatings – all presided over by the black-uniformed SS.

“I was amazed how many of the inmates, yes, the Jewish inmates, really aped the SS,” Schwabe observes. “The Jewish men in my barracks did everything and anything they could to become a carbon copy of the SS. They not only adopted the same goals, values and attitudes, but even tried to look like them. . . I was sickened and alarmed to learn to what extent my fellow barracks mates had been brainwashed and manipulated by those odious Germans.”

On the last day of the war, Schwabe is aboard a sinking prison barge as Jews are tossed into the ocean by German overseers and Polish and Ukrainian convicts. His liberation is confined to a single sentence: “Those happy few who were spared, myself among them, were saved by a nearby British ship and taken to Stettin.”

Again, no drama, no emotion – a classic example of anemic prose: telling and not showing.

The 70,000 Latvian dead deserve a worthy memorial, but it is not this book.

Phuket Gardening: From weird to wondrous

Phuket Lifestyle: Food, games, music and fun, and all for charity