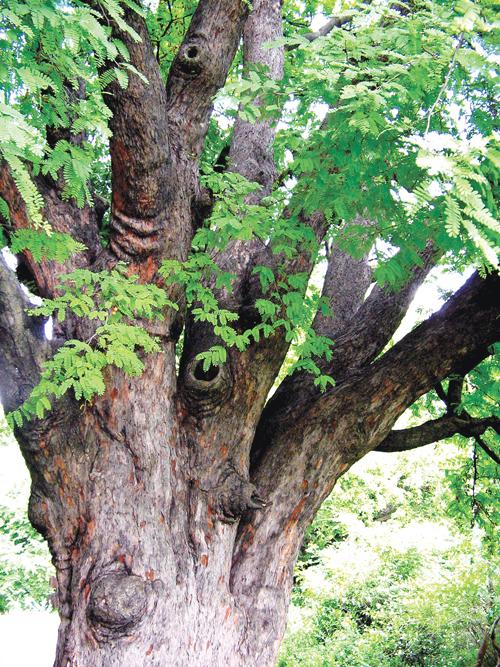 PHUKET: Nobody rattles on about the weather with as much relish as the British. But in 2012, only one word was needed – weird. The year, rated the second wettest since the advent of records, began as it started.

The Christmas skies in London, traditionally one of the drier spots in the UK, were permanently grey, and early risers were greeted every morning by incessant, drizzling rain. There were flood alerts everywhere. Not as cataclysmic as Thailand’s recent tropical inundations, but more than enough to dampen the spirits. The nation’s manicured lawns are, at this moment, more moss than grass, the trunks of trees are green with lichen. Even winter shrubs, attuned to low levels of light, are unable to flower in such gloom. There are real fears for the insect population and especially those key pollinators – butterflies and bees.

To add to these dire prognostications, Britain has the equivalent of Thailand’s palm tree wipe-out. Not palms in this case but the ash, a tree much lauded by poets. When I was young, its jet black buds were brought home, an attractive harbinger of spring. A hospitable tree, other plants seem to enjoy growing around it.

Now the ash is headed for extinction. The culprit is ash-dieback, caused not by a beetle and its grubs’ appetite for young palm shoots, but by a fungal infection, brought in from Poland. Years ago, our elms caught Dutch elm disease; now it is the turn of the ash. Chances are the tree will virtually vanish from Western Europe.

Here in Thailand, mature trees have been disappearing for generations, but the process, directly attributable to mans’ inhumanity towards Mother Nature, has now accelerated wildly, especially in Phuket. A few stately sator trees and Indian laurels still grace the roadsides.

There are isolated specimens of dipterocarpus, one of Thailand’s tallest trees, though it is less in evidence here than in the North of the Kingdom. Tropical almond trees with their beautiful red foliage, still thrive near the island’s beaches.

But tamarinds, despite their commercial value, have suffered from the march of concrete, and I have lost count of the number of trees, especially mangoes, that have been chopped back ruthlessly by the apparent need to keep sagging power lines visible. Road-widening schemes are another hazard: In Phang Nga a few years ago, hundreds of huge and venerable trees were sacrificed to progress.

Perhaps that is what stops authorities from planting grand trees. Certainly there have been municipal plantings, especially of palms to line roadsides or median strips. In some cases, especially where foxtail palms have been used, the results are impressive. But it does seem a pity that majestic trees are rarely introduced into urban landscapes. Take the sentol or krathon. A fast growing and shapely tree, grown here mainly for its delicious edible fruits, the sandoricum can reach 150 feet. Massive. The red variety is especially eye-catching, with attractive red foliage. Imagine a line of these giants flanking a tropical highway.

At the end of the day however, the responsibility for providing oases of greenery and havens for wildlife – especially birds, butterflies and bees – lies with the humble gardener.

Consider this example. A friend has a roof garden. Happily there are more and more of them as space at ground level is eaten up. But this is a wondrous example, not just because it is beautifully maintained, with an array of shrubs and climbers, but because it is home to maybe thirty pairs of nesting birds – sun birds, spider hunters, bulbuls.

No predators, no floods, no disease. And the human contribution is entirely benevolent.

A blueprint, perhaps a green-print for the future of Phuket?

Tip of the week: Garden pests – termites
Termites are small, social, ant-like insects, usually whitish in color, related to the cockroach. More of a problem in homes with timbers, where they can cause massive structural damage, termites are nonetheless a problem in the garden or wherever you have anything made of wood: for example, a trellis, a summer house (sala), stakes for supporting plants, even tool handles.

Why? Because they feed on cellulose, the main ingredient in dead organic material, especially wood. They live in huge, concealed colonies and make their nests underground. Hence their depredations are rapid and often unseen until it is too late.

Pre-treat timber with oil-based preservatives, avoid putting wood directly into the soil, and use resistant timber such as syncarpia (turpentine tree) or teak Eucalyptus wood. Though oily, it won’t last long; two of my trellises were destroyed in less than a year. As detritivores, termites are valuable recyclers. No consolation when you’ve suffered an infestation.