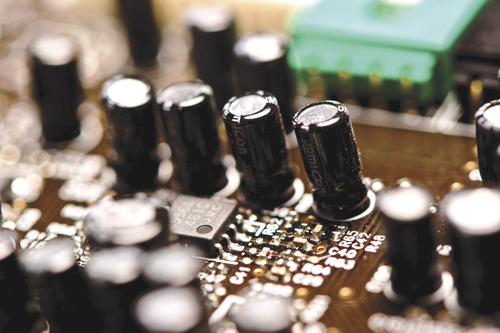 PHUKET: Last week I talked about the best-known internet speed measuring web sites – not the ones your Internet Service Provider (ISP) sets up and gooses to show impossible scores, but the sites that are internationally recognized as providing a reasonable indication of the speed your line actually delivers.

Some of you wrote to me and said that you don’t care about your internet speed. I think that’s great: if you don’t mind missing out on news broadcasts and sports shows, YouTube and Skype, then I salute you and envy your isolation. But I’d also note in passing that in a few short years, it’ll be possible to watch all of your favorite TV shows over a fast connection, for a tiny fraction of what TV costs now. You’ll also be missing out on interactive college courses and free international phone calls – and a thousand other applications that nobody’s dreamed up yet.

Others wrote to me and said that their internet connection is just fine, thank you very much, and if I’m having trouble with mine, I should have the phone company check and see what’s wrong with my line – instead of whining about it in the Gazette. That, too, is an admirable position to take, but I’m not just whining about my lines (I have four – including 3G – and always recommend at least two, from different service providers). I’m also whining about the lines attached to hundreds of additional internet customers on the island.

Speed’s important for most people. My two-year-old has been learning some English language phrases lately. His latest: “The internet is very slow.” It’s a refrain he invokes when YouTube doesn’t play his Gor-Gai video, or the Gigglebellies. The internet’s become an important part of many lives.

Last week I left you with an agonizing dilemma: the four internationally-best-known speed testing sites, when accessed from Phuket, give wildly different results. In my case, using a True 10 Mbps (megabits per second) ADSL line, I saw everything from 9 Mbps in tests to Los Angeles on OOKLA’s Speedtest.net, down to 1.6 Mbps on DSLReports’ test to LA.

I tried using a different line – a nominal 10 Mbps 3BB line – and the speeds were all a little slower, but not by much. On any single line, the speeds stayed consistent, regardless of which computer I was using (including a Mac), which operating system (Windows 8, Windows 7, OS X), or which browser (IE, Chrome, Firefox, Safari).

To further confound matters, when I run a “ping” test on the OOKLA Speedtest.net to Los Angeles, I get a result that shows the ping is running faster than the speed of light. Perhaps True and 3BB have had consultations with Dr Einstein, but I rather doubt they’ve figured out how to make an internet connection run faster than light.

It gets worse. If I use a downloader with multiple concurrent threads – basically different download sessions, all mashed over the same ADSL line – I get 9 Mbps, consistent with OOKLA. Which is inconsistent with Einsteinian physics.

I still have no explanation – and can’t recommend one testing site over another.

Phuket isn’t unique in having inconsistent speed test results. Even the US Federal Communication Commission, which has a huge vested interest in monitoring broadband speed, have basically thrown up their hands and refused to choose one testing site over another. Right now they’re hop-scotching between Speedtest.com and MLab, unwilling to commit to one or the other, and unable to offer a third alternative.

There are more anomalies in Phuket. A friend of mine, let’s call him “Khun Roger”, downloads lots of torrents at night. I won’t justify his torrent predilection, except to note that he can’t see the movies he wants to see in Phuket, can’t read books he wants to read, can’t listen to or buy music he wants to hear, so he turns to the pirate sites.

Khun Roger has a 3BB ADSL connection, and he’s been tracking his actual download speeds closely with a piece of software called NetMeter. NetMeter watches the data coming into the computer; it doesn’t try to measure how fast the line can go, it just counts as the data comes in.

It isn’t clear to me if this is a throttling performed on Khun Roger alone, or if it’s indicative of 3BB download speeds (or at least torrent download speeds) in general. But the effect is very striking – and quite replicable, on the nights when he kept track in September and October.

When TOT rolled out its Fiber 2U service, many of us were ecstatic. At last, we figured, we’d be able to get fast fiber speeds for about 1,500 baht/month.

And we did. For a while. But on October 7, 2011, quite suddenly, the average Fiber 2U international speeds dropped by about 80 per cent. One day, we were seeing 8 to 10 Mbps. The next day it was down to 1 or maybe 2 Mbps. The speeds have never gone back up.

As a result, the TOT Fiber 2U service, which was once the fastest internet in Phuket, is now just barely keeping up with ADSL lines that cost half as much.

My guess is that somebody flipped a switch in Bangkok – that up until that fateful day in October 2011, the Fiber 2U lines had access to unthrottled international access. Then somebody decided they better toss the Fiber 2U international lines in with the ADSL lines. As a result, it’s very hard to recommend that people spend twice as much on TOT Fiber 2U as a plain-vanilla ADSL line.