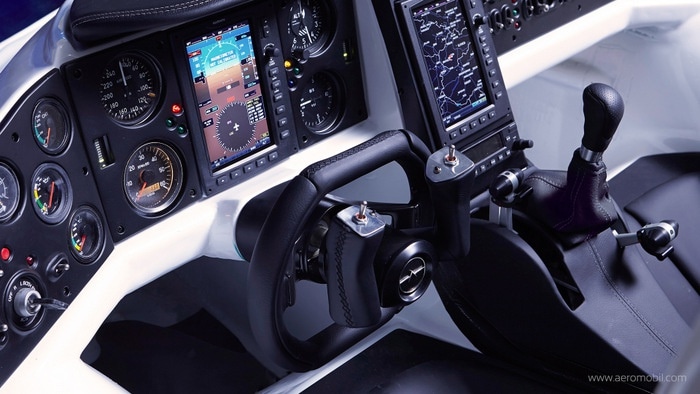 PHUKET: There has been a great deal of buzz in the global aviation industry this month over the recent unveiling of the AeroMobil 3.0, hailed by many as a great leap forward in the race to create the world’s first practical, mass-produced “flying car”.

The concept of flying cars has certainly been around for a long time – almost as long as automobiles themselves. Back in 1940, Henry Ford was famously quoted as saying: “Mark my words: a combination airplane and motorcar is coming. You may smile, but it will come.”

Flying cars have also been a regular plot device in Hollywood movies over the years, starting with the 1968 hit film Chitty Chitty Bang Bang. The 1974 James Bond movie, The Man with the Golden Gun, filmed largely in Phang Nga Bay, also featured a real flying car owned by the distinguished assassin Francisco Scaramanga.

But perhaps the most enduring reminder that our futures would include flying cars came with the animated cartoon series, The Jetsons, which ran in various forms from 1962 to 1987.

There have been numerous attempts to create a commercial flying car, but while many prototypes have been produced and even taken to the air, Mr Ford’s prediction of an affordable, mass-produced model has remained unfulfilled – even a second decade into the new millennium.

Calvin of the cartoon series Calvin and Hobbes is just one of many characters, both real and imaginary, who have used the lack of flying cars to poke fun at the “woeful state” of current technology we all have to endure in the new millennium.

NEW BIRD ON THE BLOCK

The latest prototype creating all the buzz comes from the Slovakian firm AeroMobil, which last month released their latest version, the AeroMobil 3.0. Their sleek promotional video, with music by Vangelis, has already been viewed by over 4 million people on YouTube alone.

Its website reads, “AeroMobil is a flying car that perfectly makes use of existing infrastructure created for automobiles and planes, and opens doors to real door-to-door travel. As a car it fits into any standard parking space, uses regular gasoline, and can be used in road traffic just like any other car. As a plane it can use any airport in the world, but can also take off and land using any grass strip or paved surface just a few hundred meters long.”

While the video is decidedly impressive and well worth a look, it may be a while before flying cars become commonplace in the skies of Phuket, one local expert says.

Pat James, Safety and Flight Operations Manager at the privately run Phuket Airpark in Pa Khlok in Thalang, told Up In the Air that media fascination with any new prototype was “nothing new”, but said the technology is still a long way from making a practical, economical hybrid between an aircraft and motorcar.

“That kind of news comes and goes all the time. Weight is the key. If you have enough thrust, you can overcome the weight, but the engines that they are putting on them just are not enough,” he said. Having a car and an aircraft combined requires compromises in all facets. The comfort, the size, the engines; the list goes on,” he said.

Cars and planes are fundamentally different in that cars require downforce to operate while planes need lift. Some really innovative technology would be required to better bridge such a huge gap, he added.

The two-seater AeroMobil 3.0 is powered by the popular Rotax 912 mainly used in light aircraft. It has a top speed of over 200kmh and comprises a lightweight steel framework with carbon coating.

However, Pat thinks the weight factor will keep the 3.0 as a niche aircraft at best, and won’t be responsible for a Jetson-style revolution in transport.

“The Jetsons scenario won’t happen with current technology, but that does not mean something else won’t come around soon – very soon I hope – but it is not going to happen with the technology on the market right now,” he said.

“Sure, it is a step forward, but it is still not the answer for mass production of something that is going to be safe, dependable and reliable with performance figures. It’s going to be a niche-type product, and it still has a long way to go.”

Even the small components are going to need a lot more checking, because the weight versus the speed and power ratios are just not in place yet, said Pat, whose aerial experience includes having flown combat helicopters in the Vietnam War.

Asked to speculate on what he thought would happen in Thailand if the technological problems could be overcome and mass-production of flying cars became a reality, he said there were also major regulatory issues to overcome as well.

All aircraft in Thailand are restricted to taking off and landing at airports, and the procedure for buying a flying car would use the same six-month certification process as any other light aircraft. This would be a real drawback, especially compared to the ease with which one can buy a car and drive it off the lot, Pat pointed out.

Asked when he expected a flying car to join the growing and diverse fleet of private aircraft at Phuket AirPark, he was skeptical: “ten years, at the soonest”.

The AirPark could serve as a suitable launch site for such aircraft, but he did not foresee too many people going down that route any time soon.

“Who would want to go through all the regulatory hassles? They would be better off just buying an airplane. It would be a third of the cost and give much better performance,” he said.

The price of an AeroMobil 3.0 has still not been announced, but it is likely to fall under the old adage: “If you have to ask the price, you can’t afford one”.

However, after the unveiling of the 3.0 at the Pioneers Festival in Vienna in late October, AeroMobil co-founder Juraj Vaculik told Wired UK that the final price of the aircraft would be within reach of the wealthy: “somewhere between the cost of a supercar and a small plane,” he said.

Pat said that in Thailand, having a flying car would give buyers all of the hassles of airplane ownership, but few of the benefits it was designed to provide.

“It might make more sense for rich people in vast countries such as Australia and the United States, where aircraft are not required to land and take off only at registered airfields,” he said.

“I really like the concept, but the technology still has a long way to go,” he concluded.

Island Fever: Hey you, get off my cloud

Briefcases for backpacks: One couple’s story of trading a life of work for a life of travel