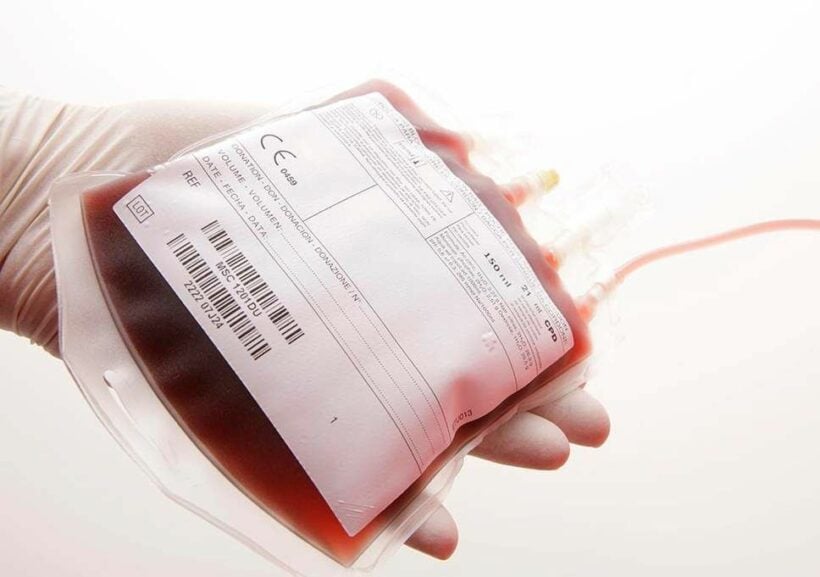 “We are continuously improving the screening process for donated blood.”

A young Thai-Japanese man has contracted HIV via a blood transfusion given as part of his leukaemia treatment at a Bangkok private hospital 15 years ago.

But Bumrungrad International Hospital, where the man received treatment for years, says the infected blood came from Thai Red Cross Society and it was likely the anonymous donor was in a “window period” – before it was possible to detect HIV in the blood. The case has nevertheless triggered alarm and public questions over the safety of blood provided by hospitals and the Red Cross.

The 24 year old man decided to make his predicament public only because he’d been barred from medical services at the hospital. His parents chose not to sue when his infection was detected because Bumrungrad administrators promised to take the best possible care of him.

But after a decade of free treatments at the hospital, the family decided to switch to herbal medication, but the results were unsatisfactory so they returned to the hospital, only to be told the patient should seek treatment under the 30 baht universal healthcare scheme.

“My son has had leukaemia since he was nine and so far we’ve spent nearly 7 million baht on his treatments.”

Her son initially received chemotherapy at Bumrungrad but his white-blood-cell count was low and 14 blood transfusions followed.

“His condition improved with the transfusions, but after the 12th bag of blood, he suddenly started deteriorating,” the mother recounted, and soon after the hospital found he had HIV.

Bumrungrad Hospital’s corporate communication division acknowledged last week that the patient had been treated at the hospital since 2004 and said it believed the infection came from blood from a donor who was in the HIV window period. Expressing regret for the patient’s plight, the PR team said he’d been undergone 266 treatment sessions in the time he’d been cared for at the hospital. It said the hospital was committed to providing him aid in accordance with humanitarian principles.

Dr Ubonwan Charoonrungrit, director of the Thai Red Cross Society’s National Blood Centre, said the risk of getting HIV via a blood transfusion was low, but it did exist.

“We are continuously improving the screening process for donated blood,” she said.

“Other medical professionals concur that blood screening is trustworthy, even if there remains a “one in a million” chance of infection. The key to avoiding such mishaps lies in donors being honest about their health conditions.”

Medical technologist Pakphum Dechhassadin, who runs the popular Facebook page “Mor Lab Panda”, shed light on the subject in a post. Screening devices can only detect the HIV virus about 11 days after exposure, he said, so blood will be accepted from donors in the interim “window period”.

Noting that some people donate blood just to be tested for HIV for free, Pakphum warned they could be putting an innocent fellow human in grave danger.

Instead, he said, get an HIV test at the Thai Red Cross Anonymous Clinic.