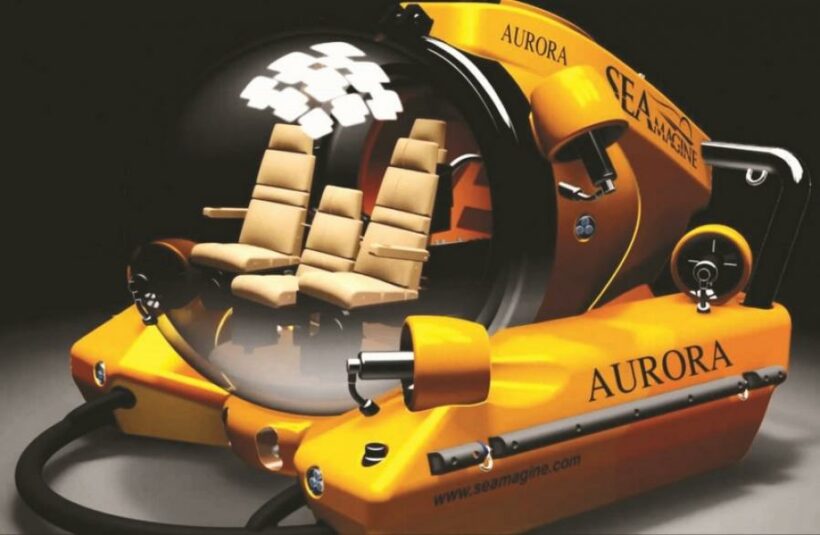 PHUKET: Submarines are a hot topic in Thailand right now. These hulking underwater “monsters” have been top of the Royal Thai Navy’s shopping list for a long time and now, finally, they have been given the green light to buy.

There’s been plenty of debate in the last few years, but previous attempts were ultimately shot down. The two main sticking points have always been the cost of buying (and operating) submarines, and the need for Thailand to have them in the first place.

Regarding the former, the current military-led Thai Government has given the OK to purchasing three Yuan Class S26T submarines from China at a total price of 36 billion baht, with the first purchase contract set to be signed soon and the first submarine (13.5 billion baht) to be bought on a payment plan. Delivery is expected to be made in 2023.

Regarding the latter, the need for a submarine is rather subjective. Reasons ranging from ‘defence’, ‘security’ as well as the fact that Malaysia, Singapore, Vietnam and Indonesia all have submarines and therefore Thailand should have them too. Those in opposition to acquiring the vessels claim that the Gulf of Thailand isn’t deep enough and the country has no regional enemies and is unlikely to have any.

Commentators who are on the ‘against’ side have also reasoned that previous grand military purchases have proven to be a “waste of money”, the most obvious example being the aircraft carrier HTMS Chakri Naruebet which was commissioned in 1997, and which spends more time in port than at sea and does not have an operating aircraft fleet for it. It is today more a ‘living’ museum than military asset.

That aside, I thought it was the right time to take a look at what is available in the market for the average Joe.

Ideal for the adventurer, this two-seater submersible from Triton is capable of diving to depths of almost a mile and a half. In complete comfort, the driver and passenger of this diving machine can discover parts of the ocean unexplored by man and witness the incredible lives of the inhabitants of the deep. Weighing in at 6,500kg, the Triton 7500/2 has a 12-hour endurance.

If you would like to take a group of friends into the deep blue, then perhaps the 4-person ‘AURORA-4’ private submarine is for you. The spherical cabin, unobstructed by top hatches and side pontoons, maximizes the field of vision. A pilot can take up to three passengers to enjoy the wonders of the underwater world to depths of 330 meters (1,100 feet). With a dry weight of 6,690kg the AURORA-4 has a maximum speed of 4 knots.

A new model from DeepFlight, the Super Falcon 3S will be launched later this year and is billed as the ideal submarine for resort operations. A pilot can take two passengers on an incredible underwater excursion and the design ensures 360 degree views with increased maneuverability. Weighing just 2,860kg and with an operating depth of 100 meters (330 feet), it has a maximum speed of 4 knots.