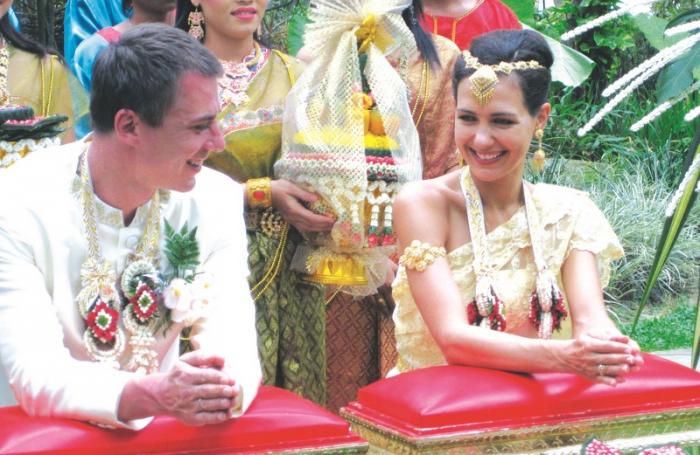 PHUKET: A misunderstanding of a Thai marriage custom nearly broke up the relationship between two of my clients.

I represented an American in his application for a fiance visa for his Thai fiance. After successfully obtaining the visa, the Thai fiance requested 200,000 baht for her family before going to the United States to get married. The American became outraged and contacted me to cancel the visa for her.

For poor families, the loss of a daughter is also the loss of someone who helps financially support the family. For women from wealthy and educated families, the sin sod represents the ability of the future husband to maintain the social status of their daughter.

Depending on the family’s financial situation, the family may choose to return the sin sod to the couple to start their new life together. For women with families in the rural parts of Thailand, there is generally no expectation that the sin sod will be returned after the marriage.

The tradition of sin sod is covered in Thai law. Section 1437 to 1447 of the Thai Civil and Commercial Code outlines the legal aspects of sin sod and khongman (a gift from the man to his future wife to show that a marriage will take place). Under Thai law, an engagement is not valid until the man gives or transfers property to the woman in anticipation of the marriage.

Under section 1438, an accepted engagement does not force the woman or the man to marry each other. There cannot be an agreement for one party to pay a penalty if the marriage does not occur. Once the engagement has taken place, there must be a reasonable explanation for why the marriage should not occur.

Love is blind. When two people decide that they want to be together in marriage, the cultural and family differences are revealed. The relationship no longer concerns just two people, but makes family and society additional parties. It is important to avoid the misconception and emotional outbursts when presented with a cultural conflict during the meeting with a Thai fiance’s family.

Misunderstanding Thai culture and customs can lead to the breakup of a relationship. My client’s anger subsided when I informed him about the tradition of sin sod. He felt very sorry for his words and actions toward his fiance and her family. He apologized, and the couple is currently in the United States about to get married.

This could have been avoided if he had learned about Thai traditions before deciding to get married.